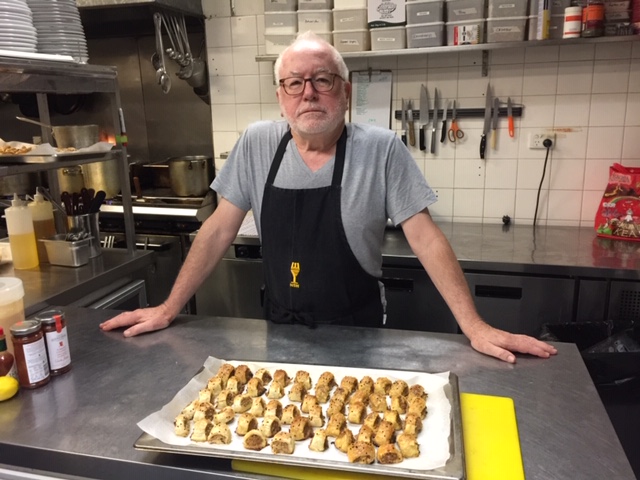 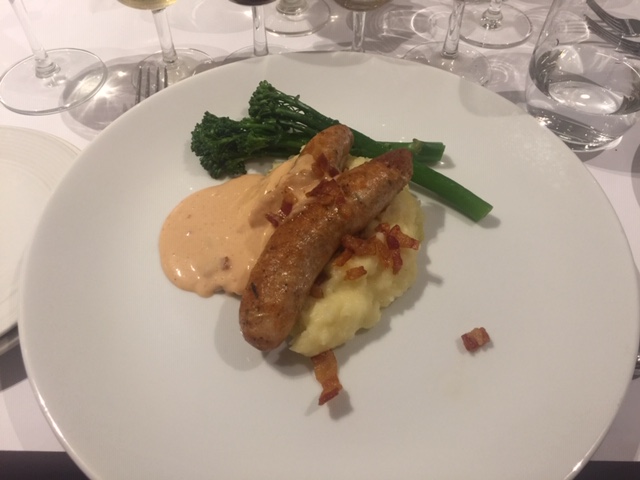 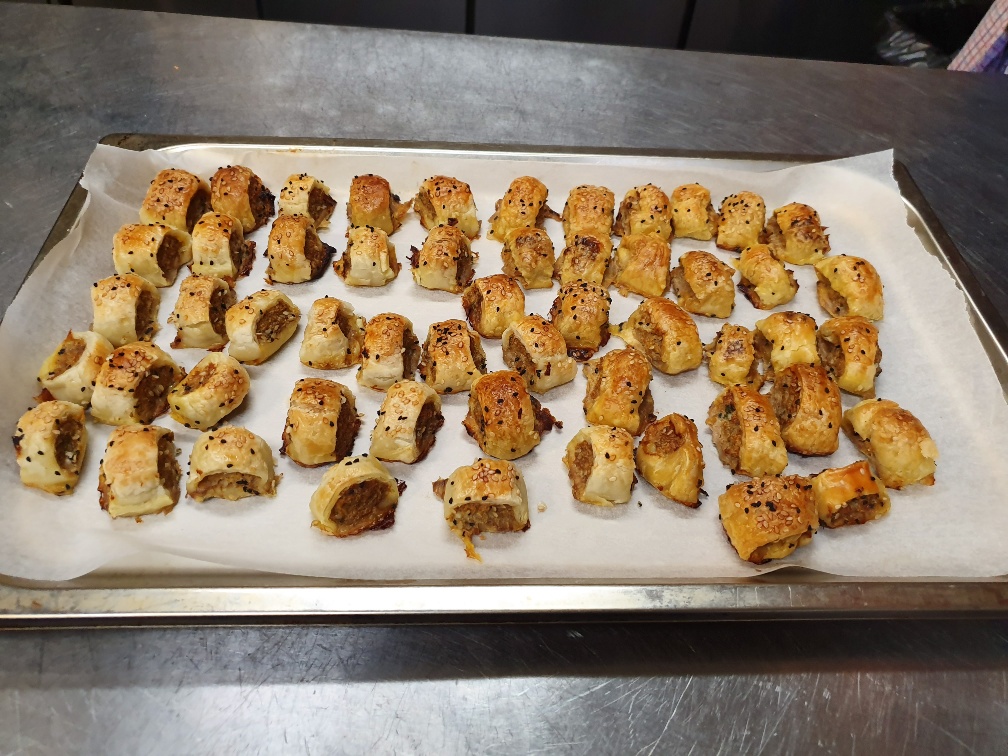 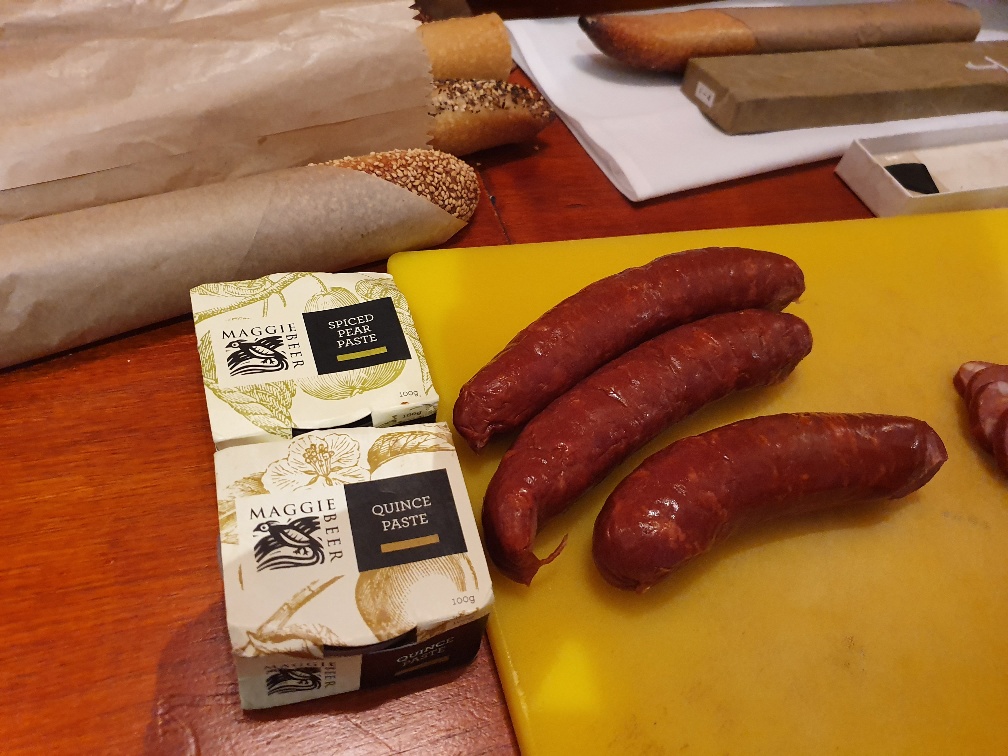 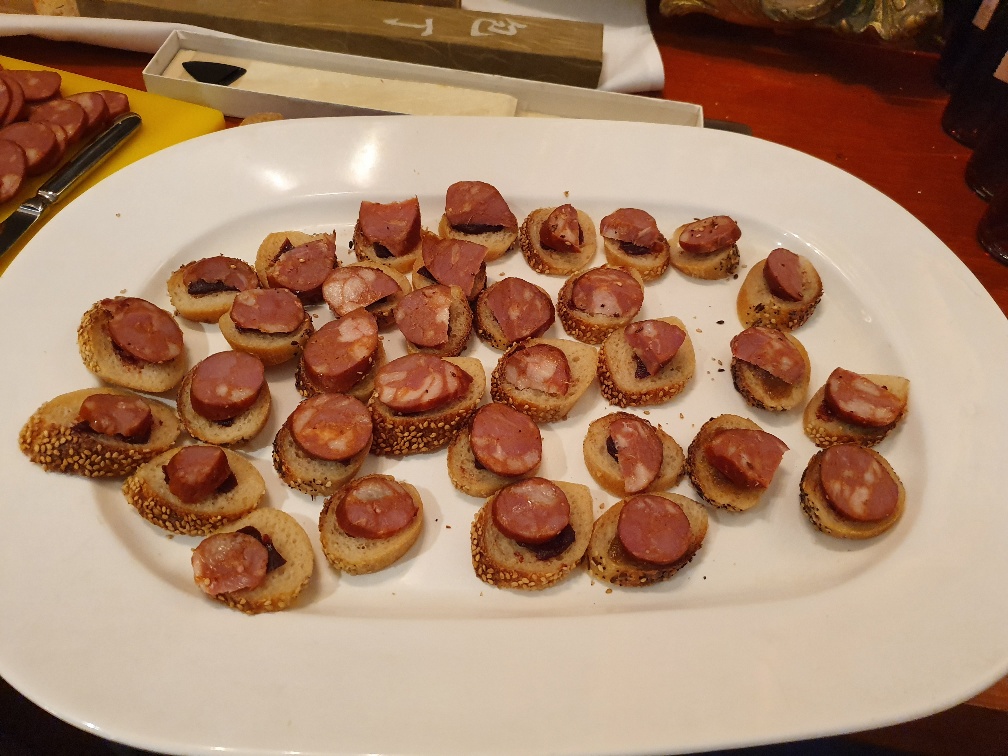 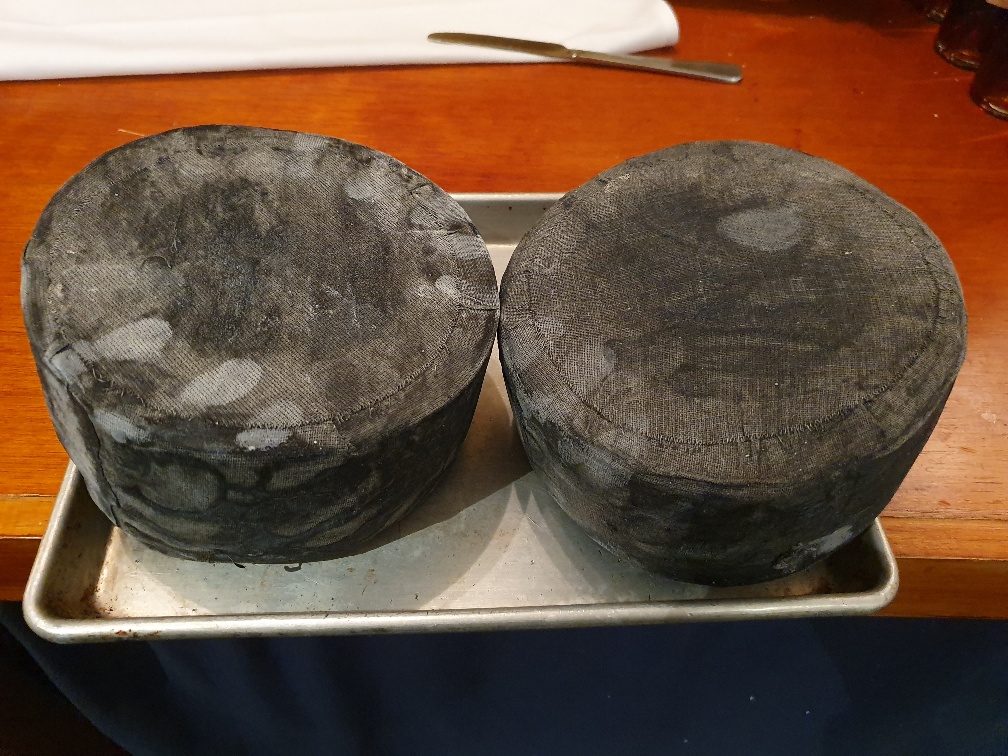 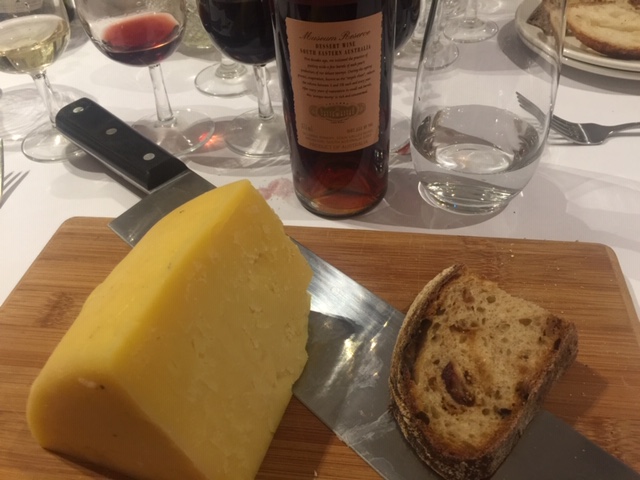 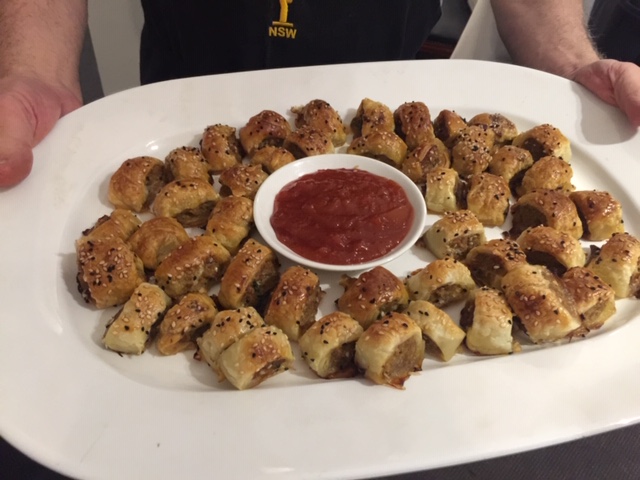 Gary Linnane stepped in as Chef of the Day at short notice and was assisted by James Hill with canapés and Bill Alexiou-Hucker jumping into the kitchen to assist with plating. 46 members and guests attended. What a wonderful number for a non-wine luncheon.

Canapés. If there is one thing that most Australian males can scoff down with a beer or wine, it’s a great sausage roll. God’s comfort food! Gary produced a goodly number of miniature sausage rolls which were cooked perfectly and very tasty though they could have been a little warmer, but I believe that was due to a timing issue with serving. Next up was a canape prepared by James Hill which was smoked duck sausage charcuterie served on some wonderful Iggy’s bread. Underneath each piece of sausage was either some quince or pear paste. The paste added another dimension to the duck and was a big success.

Main Course. Saint Peter may be a religious icon, but today we were treated to Saint Peter of Oxford Street seafood sausages which was a repeat of a successful lunch from Gary in 2018. The sausages are made daily with seafood of the day and today we had sausages with ocean trout, snapper, ling, onion and assorted seasonings.

The sausages were served with colcannon, crispy bacon bits and a Marie Rose source. One comment thought the sauce was too strong for the seafood, but this was an isolated comment. All in all, the dish was much loved by our audience and it was suggested that it may become the annual festival of the seafood sausages.

The St Huberts was supplemented by a couple of odd bottles but was the main aperitif wine. At 6 years of age it was hanging in there but had a quite broad Australian Chardonnay style profile. The wine had not lost fruit nor was oxidised (under screwcap) but was a wine that needed to be consumed now.

The 2010 pair were served with the main, a good pair. The New Zealand Chardonnay is of great pedigree and with 8 years of age, it was still pale and showing a good acid/fruit balance and was in peak condition. This would never be mistaken for a Chablis with its very rich fruit but was an excellent Southern Hemisphere Chardonnay.

Cheese and coffee. James Healey had for us today. The familiar black cloth Maffra Cheddar from Gippsland in Victoria. It was between aged between 12 to 18 months. The cheddar is quite soft with a little bit of crumbling evident and it was beautifully creamy. The cheese was served with a fruit bread which provided an interesting variation.

The coffee from Spencer Ferrier today was Ethiopian Guji. The Guji region is between Sidamo and Yirgacheffe, both coffees we have enjoyed before. It had sweet fruit overtones and was silky smooth.

We enjoyed two birthday wines with coffee and cheese today. Thanks and happy birthday to Peter Manners for his Cockburn Fine Tawny and to out CoTD for his Yalumba Antique Tawny Museum Reserve.

Gary closed the Masters' comments giving us some details about Saint Peter and its produce.