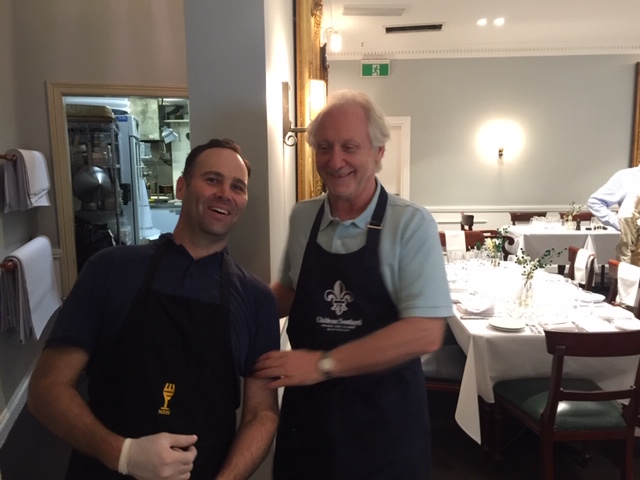 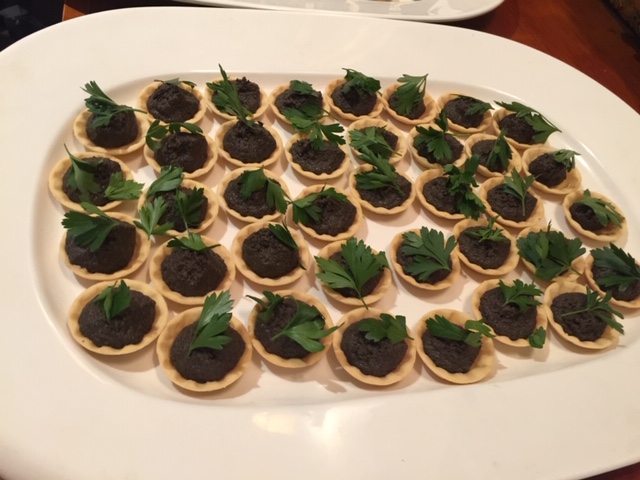 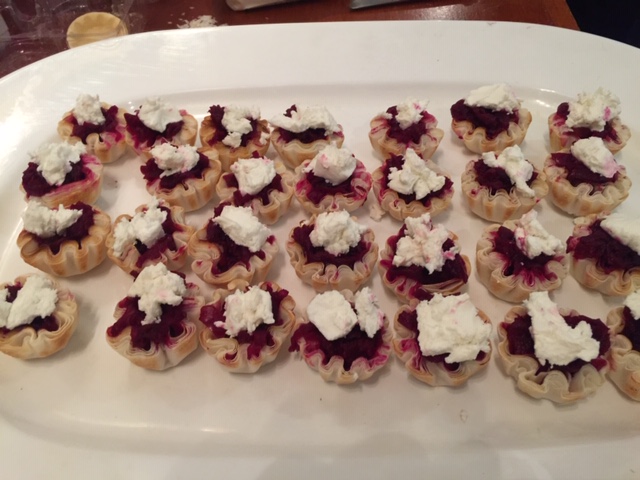 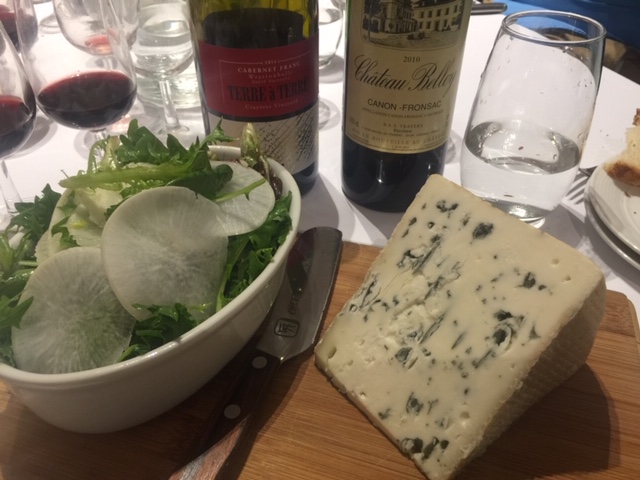 Paul Irwin was cooking for us today and was assisted by Steve Liebeskind. Again, a very good attendance at 45.

Canapés. Between the two of them, we were served three canapés today. Having only the opportunity to try one, the following is a direct description from Paul:

All three were beautifully presented and the comments from the floor were complimentary. I tasted the beetroot relish and thought that the star anise, a wonderful spice, added depth to this combination.

Main Course. Sous vide played a role in both the canapés and the main course the latter using lamb backstrap as the protein. The first impression was the picture-perfect presentation. As always, all the images are on the website and some in the lunch report, which all members receive.

The lamb backstrap was sous vide and coated in salted leek ash. The leek ash was carbonised, and it left all commentators puzzled as to the origin. This was served with “hasselbacked” beets (very accurately sliced) with sour cream and sumac, a smoked eggplant baba ganoush underneath the meat, roast carrots (cooked with lemon, cinnamon and cumin), and a blanched broccolini.

The visuals of this dish were excellent. As you would expect with sous vide the meat was perfectly cooked with pink from the centre to the carbonised leek exterior. The dish looked good and tasted good.

That Riesling was in fine condition and though under screwcap there a was a little bottle variation but only with the colour not so much the condition. It was quite a firm wine with minerality present. The comments were very positive.

The two Yalumba wines were an interesting comparison and both were in the Coonawarra Cabernet style with some mint evident. The 2009 showed a little bit more “age” on the meniscus and a slight extractive element and the 2008 was preferred by many. Both are drinking at their peak and were a fine match in the time-honoured style for Australian lamb.

The Cabernet Franc from Australia and the Right Rank Bordeaux were a distinct change of style. The Cabernet Franc was a little controversial. Some loved it and there those who decidedly did not like it. I thought it an extraordinarily easy drinking wine with clean, bright and crisp perfume with weight, but not too much, in the Australian style. The Château Belloy was a typical 60% Merlot and 40% Cabernet Franc and had some of the Bordeaux power that you would expect from the Right Bank. A solid wine with good tannin structure.

Cheese and coffee. James served us today a Berry’s Creek Riverine Blue, which was particularly deceiving to the room given it was buffalo milk. It left many guessing. It had a beautiful soft creamy mouthfeel with intense blue/green portions and was much enjoyed.

The coffee from Spencer Ferrier today was Ethiopian Yirgacheffe a stone’s throw away from the origin of the coffee from the previous week. A full flavoured coffee with sweet overtones.