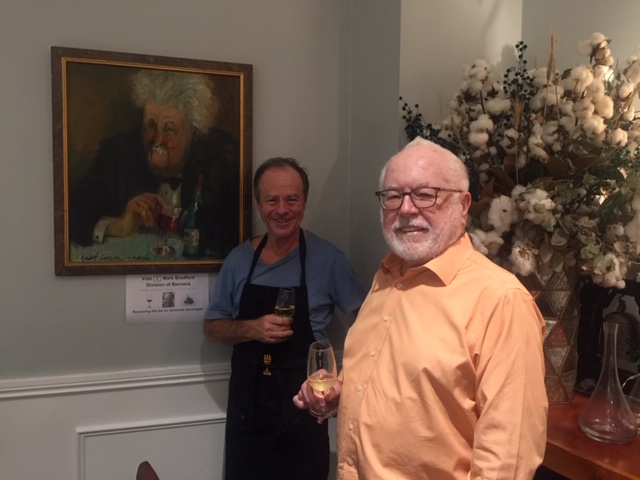 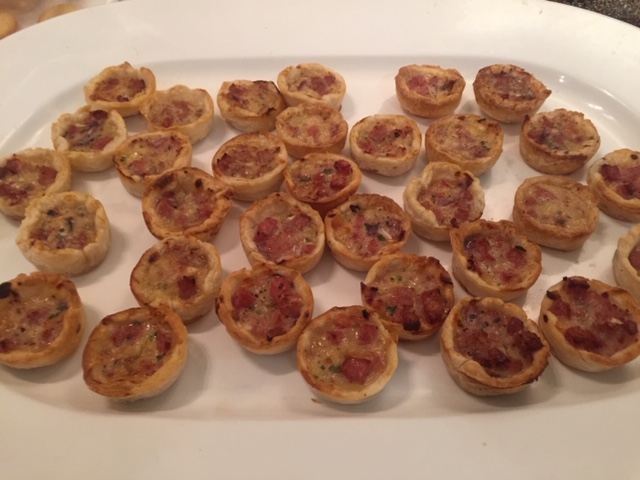 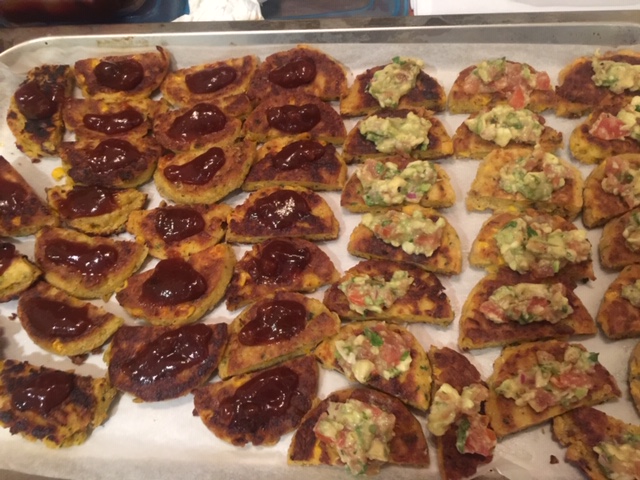 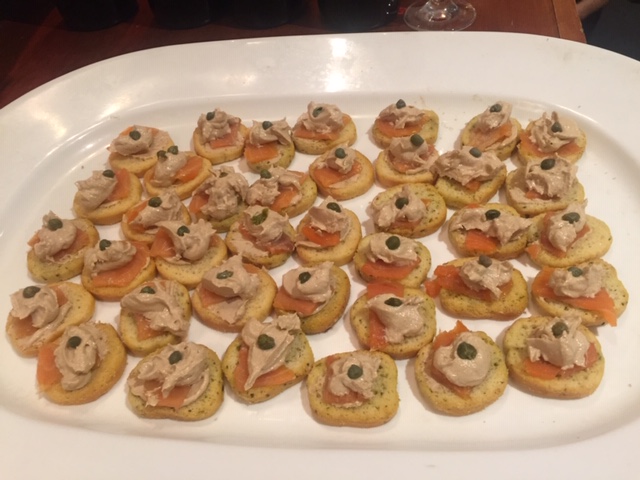 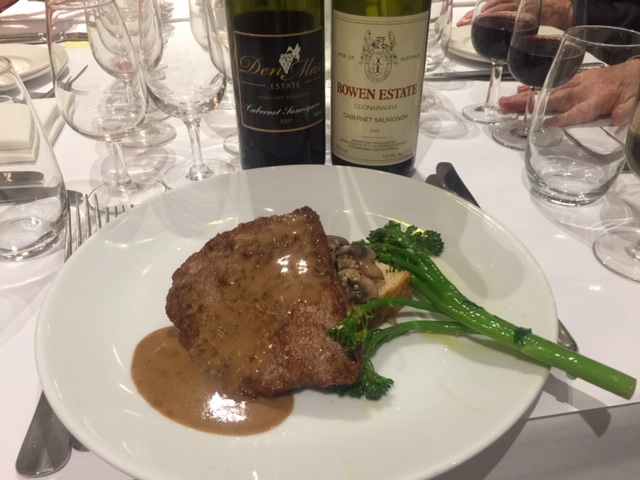 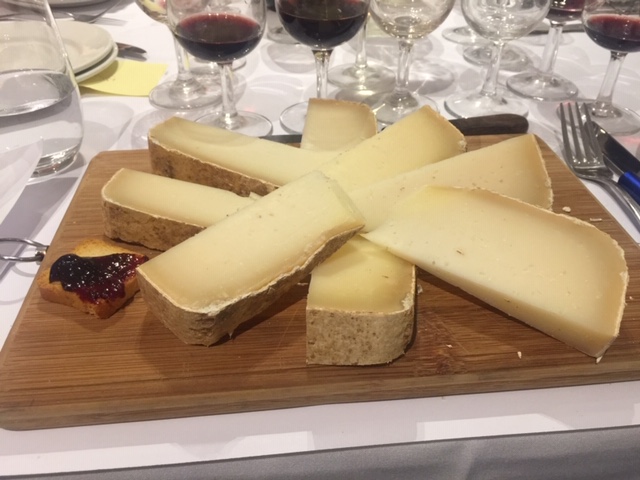 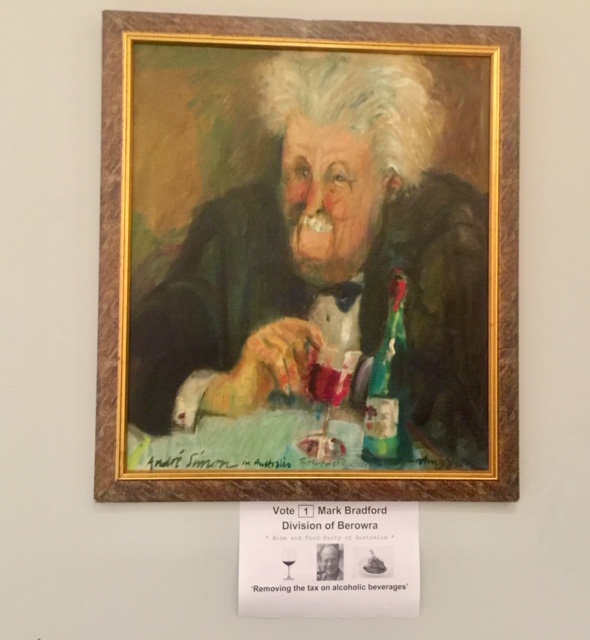 Thanks to James Hill and Chilly Hargraves for the reviews on food and wine respectively.

Canapés. We had canapés in abundance today. First up was crostini with a tuna butter made from mascarpone, anchovies and capers with some smoked ocean trout on the crostini. The flavour was excellent. Next up were the very popular corn fritters, still warm, served with either Avocado salsa or a fruit chutney then followed warm mini quiches made with tasty cream butter and bacon.

Great starters. All worked well with our aperitif wine which we kept on serving due to a delay in working an alternative for the mash.

The 2011 Heggies Riesling was the aperitif table wine this week. At 8 years of age, it still showed fresh fruit and had avoided the tendency of many lesser Rieslings to develop kerosene characters. That said, it was very much in the buttered toast mould and was drying out a little on the palate. This is the last of this wine in our cellar and was greatly enjoyed by all (to the tune of 11 bottles). The other aperitif wine was the ever-reliable Lustau Jurana. It impressed with its freshness and depth.

Main course. Mark chose to serve a reminder of veal masala, a meal a lot of members would have had in our formative gourmet years. Unfortunately he left the celeriac puree at home, so necessity being the parent of invention, he chose to serve the meal with toast and it worked so well!

The veal was a perfect thin piece of meat with a crisp exterior and a pink centre. This was served with the usual cream, mushroom and garlic sauce although this time he separated the mushroom and reduced it to a sauce which gave it a rich and strong flavour. The mushroom was served with garlic on the toast. The green was broccolini fresh and textural.

It was a very good meal.

The Wines. One former winemaker described one of the wines as having the characteristic of red wine; colour and tannin.

There were two aged Cabernets served with the veal main course. The first, a 2009 Denmar Cabernet Sauvignon, was sourced from the renowned terra rossa soils of the Hunter Valley. While it still showed some youth with bright colour and tannin, it lacked any real distinctive varietal definition.

The second Cabernet was the 2008 Bowen. From the even more renowned terra rossa soils of Coonawarra, it impressed with its freshness and vibrancy. The regional mint and cassis were still in abundance although the house style big tannins were starting to dominate the finish. Comment was made on the alcohol level of this wine (15.0%) although it didn't express itself with any heat on the finish. A few stories brought to the fore the disappointing loss of artisans throughout the wine and food industry. These small producers, who own significant assets, are to be admired for retaining them and providing us with their individual products.

With the cheese we saw a move to much bigger wines. Both the 2011 Lowe Mudgee Blue Shiraz Cabernet and the 2014 Duval Plexus were Shiraz based and reflected an Australian preference for making this variety in the rich, ripe, tannic style. The Lowe wine was starting to show its age already and drying out and lacked the fruit balance that the 20% Cabernet might have brought. The Duval (52% Shiraz, 30% Grenache and 18% Mataro), on the other hand, was still young, freshness and quite raw. It was dominated by oak and lacked the cherry and raspberry fruit that one expects from this style. It certainly needs some more time in the cellar to soften out.

Cheese and coffee. Gary Linnane treated the room this week to a society favourite Ossau Iraty a six-month-old sheep cheese from the Basque region of France.

Ossau Iraty production is claimed to be the oldest surviving tradition in the world, with records dating back more than 4000 years. AOC controls were introduced in 1980 to protect its future production. Onetik collects milk of the Manech ewes from the shepherds of the high altitude Aldudes valley, an area where dairy production is arduous due to the steep slopes of the mountain pasture.

Ossau Iraty is a lightly pressed cheese with a washed and hand-salted rind that is matured in humid cellars for at least ninety days. The texture of the pâté is supple and oily; its flavour is generous and well-rounded delivering a nutty, fruity and almost olive-like profile. This is how we saw the cheese today.

Mark served it with crostini and black currant jam

Spencer Ferrier continued world tour of coffee this time from Rwanda East Africa. It had  a strong flavour however SF thought it a bit hard with some bitterness.