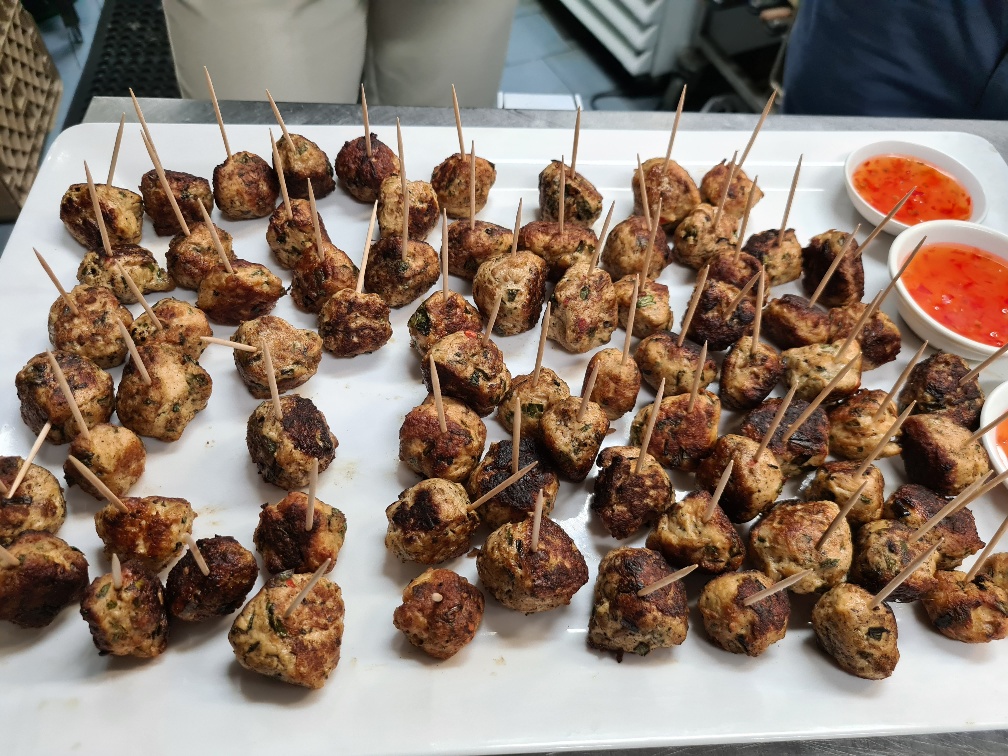 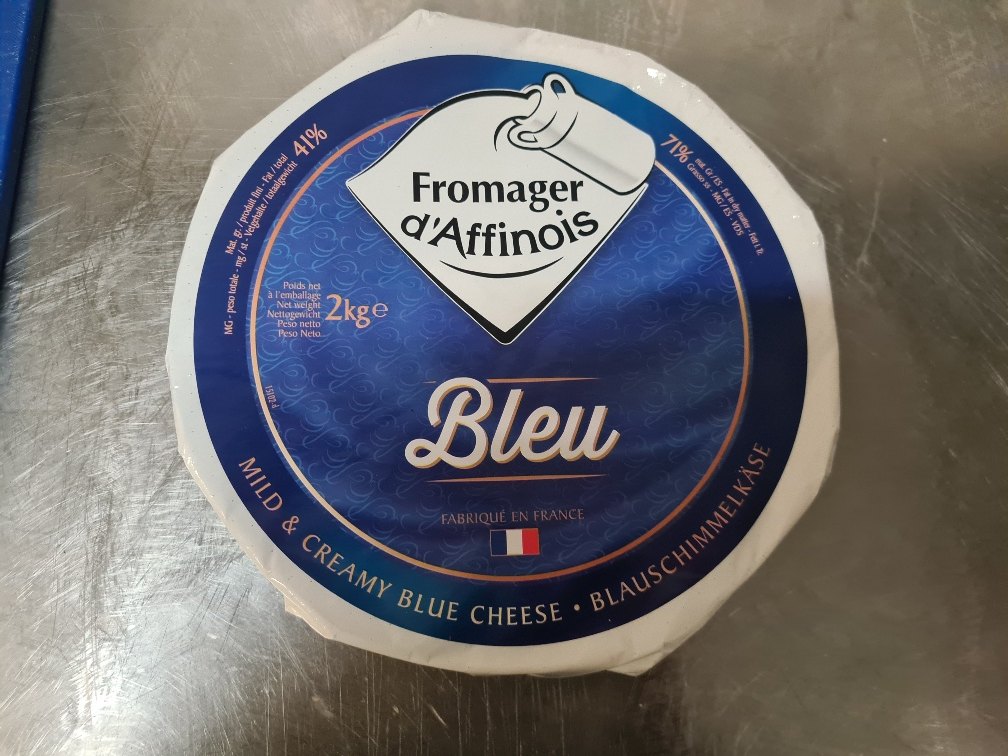 As with last week, the lunch was a very interesting affair, with all of the members moving around the room conversing, especially around the drinks table, with a couple of whites being served.  All thoughts and memories of the black days of Covid had evaporated, on reflection, just realising how lucky and fortunate we are to be living in Australia at this juncture in time.  In the UK, they are just now being able to go to an outside venue in the snow! With limited seating and limited times. In the USA they are supposed to wear masks when rioting!  Yet here we are being able to have a very real sense of normalcy.

The numbers on the day were down a bit, with around 30 attending.  However, next week our wine tasting lunch is almost sold out as Chilly is putting on some very special, old and expensive Bordeaux’s.  Certainly, not one to be missed and if you want to attend, you had better be quick to register!

One request when paying for your lunch by EFT, to make Mike’s job less tedious, is when noting your payment can you also please place the date of the lunch after your name on the description box when you do a transfer.  Ie for today’s lunch I would have on my information “Wiggins 20-4”.  That extra bit of information will greatly help Mike with reconciliations.

David Madson was the chef of the day, ably assisted by both James Tinslay and a soon to be new member, Duane Roy, who runs the Glandore Winery in the Hunter, well picked by David as he arrived with a well-deserved reputation; he was previously a chef, before becoming a vintner.

The whites were quite delicious with an 8-year-old Lindemans 2013 Hunter Valley Semillon, Reserve Bin 1350, described by some as quite flinty, and great drinking right now.  Also on offer was one of Duane’s wines, a 2019 Glandore Savagnin, a full-bodied slightly sweet wine as a great foil for the Lindemans.  The three canapes rotating around the room were a combination of small chicken balls (lots of unhappy roosters out there), which many thought were beef, accompanied with a sweet chilli sauce; they were a bit on the dry side, as David explained the chicken he ordered was not what came and he had to make the best of what he received.

The other surprise was savoury Palmiers, not the sweet breakfast ones that many of you may have tried in the past.  They consisted of pastry, Philly cheese, ham, dried tomato, topped with grated Cheddar cheese and slathered in butter.

The Gong has now been reinstated to its rightful position of announcing to the melee to take their seats as the main meal was about to be served. Thanks to Greg Chugg for reminding us of that tradition.

The two lunch wines on offer were a 2014 Glandore Estate Ward Shiraz Cabernet, compliments of David, plus a 16-year-old 2005 Rosemount Mudgee Shiraz Cabernet, which had been passed off many years ago to the purchasers of this wine as one of the Society’s favourites; a Mountain Blue.  As the dearly deposed Orange man would have decried; fake news!!!  It is anyone’s guess as to whether it was a Mountain Blue, (the label was completely different), but it still held up well after all of these years and is probably one of the wines from the Cellar that we should serve more often, as it’s life and fullness is probably limited.

Both wines were exceptionally good at complementing the spice in the food, rather than detracting from it.

David cooked one of his old favourites, that he has regaled the Society with on previous occasions; his pork belly with watermelon salad.  It was delicious, with a touch of heat, and the Glandore with a more prominent cabernet feel was a great blend with the meal.

The meal was a complex mix of the pork belly, honey, soy, allspice and ginger, mixed into the salad consisting of coriander, shallots, jalapenos, ginger, white wine and of course the watermelon plus a very interesting trick of using the white rind of the watermelon for crunch. The only criticism of the meal, which was addressed by David, was the rind on the pork could have had more cooking time as it was chewy rather than crunchy.

Then it was time for the cheese, accompanied with a fruit and nut mix.

Really Dr James, being a cardiologist, you should know better! That d’Affinoise Blue cheese that was served today was a real heart starter, or possibly a heart-stopper.  Personally, it is my favourite cheese and I say ten hail Marys after each serve.  Just a pity there weren’t more servings leftover, as I surely would have acquired one… very well done and selected.

The two wines accompanying the cheese were a bit of a surprise as one of the wines was a white, a 2011 Lindemans Hunter Valley Semillon, Reserve Bin 1350, which was quite different to the 2013 served earlier with the canapes.  The other cheese wine was a delicious 2009 Yalumba Cabernet Sauvignon; The Cigar, a very big, bold cab sav, that I have enjoyed on many occasions and went perfectly with the cheese.

The coffee was the Society blend, with just the right amount of gravel in the blend as a great palate cleanser.

All of this was topped off with a Rutherglen Muscat, provide by Matt Holmes, who was celebrating his birthday.

It was a great lunch, and it was finished off with Phil Laffer telling a few of us some of the stories from his earlier days in some of the various wineries he has worked in and the characters that he knew.

This leads me on to a project that I am undertaking; to create a video of some of the members.  It will entail videoing them and over the next week, it would be very helpful for any of the members to make suggestions on questions to ask.

After today’s post-lunch conversation with Phil, it became apparent that a much better way to conduct these interviews will be having a round table of 2-3 other members, so it is more interactive.  I would equate it to some of the football shows, where there are 2-3 hosts speaking with the guest, so you have a greater depth of questioning than having only one person.

The members that I would initially like to interview would be

In addition, if any of the Society members would like to be part of the panel interviewing these nominated members, please let me know as I know that it would be extremely interesting.  I am considering up to four other members being on this panel for each member being interviewed.  We would have different members on the panel for each interview.

I see this as a very important documentation of our living history of the Society and will keep you posted with this project over the coming months.

Looking forward to next weeks’ Bordeaux tasting!  Remember as a Society member, it is your wine and you will not get too many chances elsewhere to sample these amazing wines.