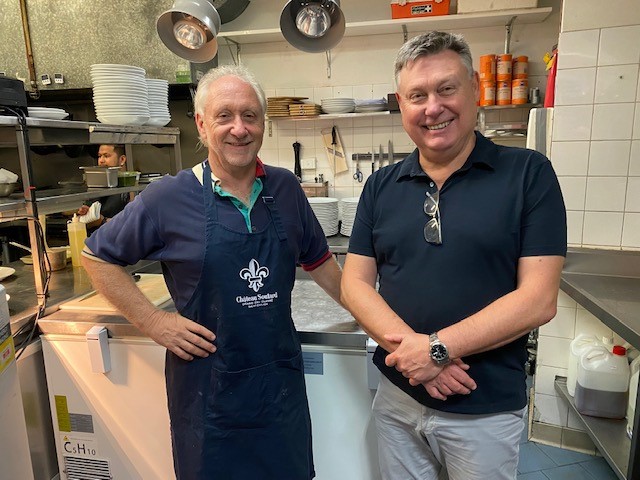 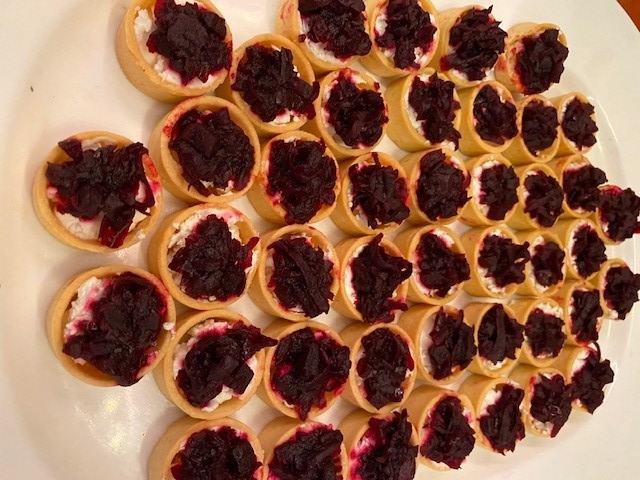 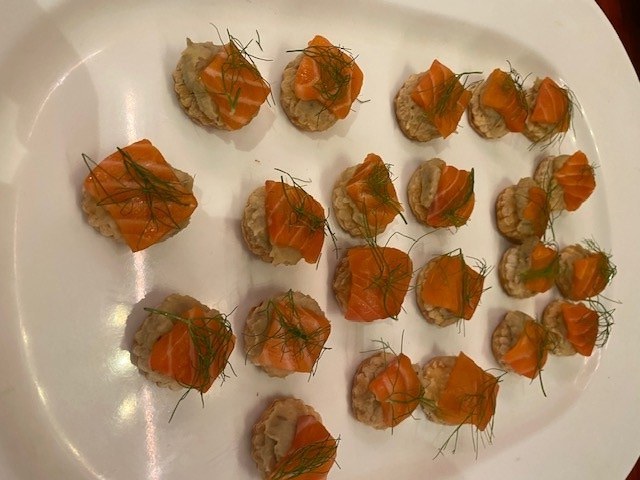 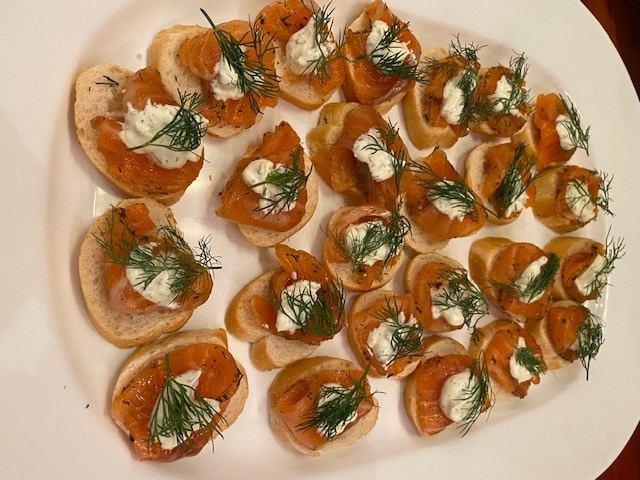 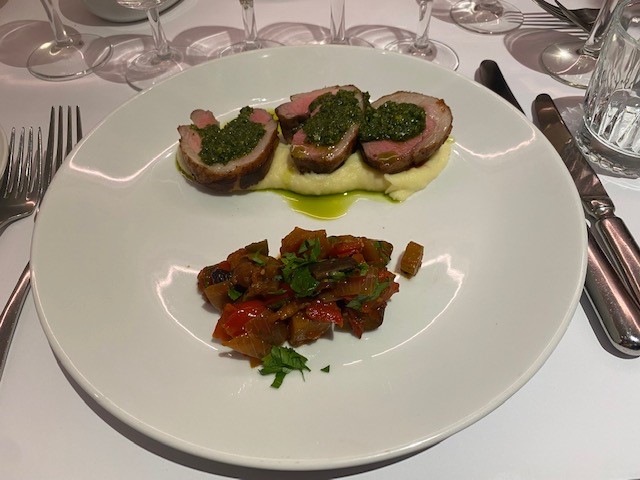 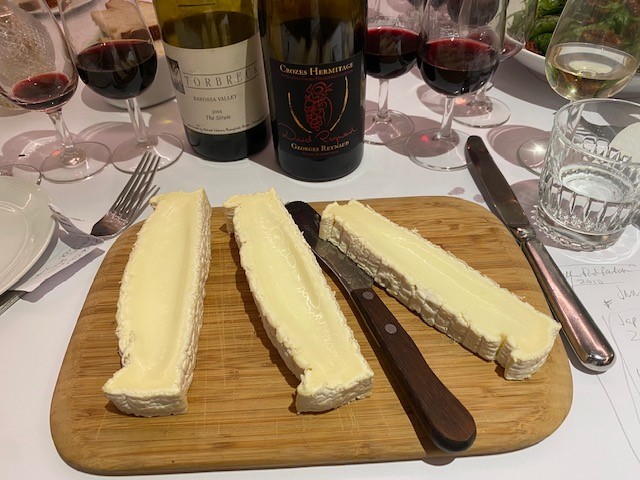 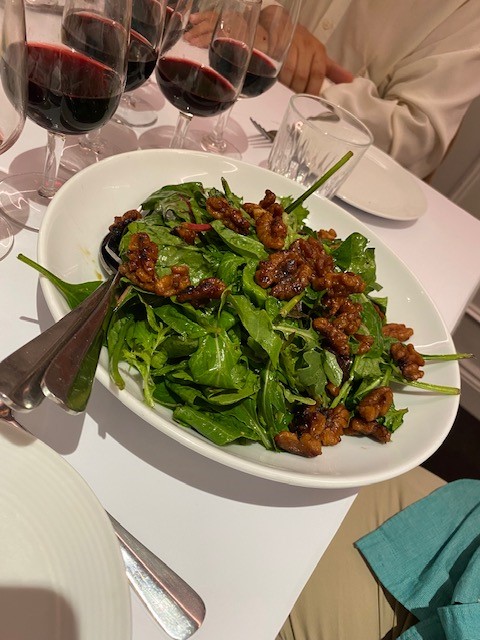 Try as he might, Steve was not able to turn back time or source the lamb that he desperately desired, and therefore had to turn or mimic wethers and hogget into baby lambs.

Baby lambs, like 20+ year-old virgins, just don’t seem to exist anymore, except as a cruel catfishing hoax, or possibly for one of them, in a religious establishment... I’ll let you work out which is which.

It was all mutton dressed up as lamb, but extremely well done; as most gentlemen would not have noticed the difference, except on the extra mastication required to devour Steve’s magnificent creation.

This is not a negative comment on Steve, but a sign of the current times, on being able to source anything from computer chips to baby lamb.  What we took for granted pre covid and Xi, have now proven not to last the test of time.

However, back to the real narrative; the meal.

One outstanding aspect of this meal was the colour.  Steve’s servings were all a mixture of very vibrant, vivid colours creating a very pleasant presentation to the eye. They say you eat with your eyes and this was a feast for the peepers.

The two salmon dishes had one on a biscuit and the other on a small slice of bread.

To the untrained eye, the two of them resembled each other, however, in the final analysis by Steve, he was disappointed that the second salmon tidbit was actually a fennel puree, topped with gravlax.  We are very sorry we didn’t pick that up, as we were too busy downing these tasty little devils, which went very well with both the Burings and KC.

The tart with chopped beetroot floating on a bed of goats cheese gave some wonderful additional colour.

The competition for this year’s Chef of the Year should watch out, as Steve has already started sharpening that massive implement he received as his trophy for his win last year in a highly contested field.

Now there was a bit of plate envy around the room, with some punters complaining that their neighbours looked better than theirs. There were even allegations of bits of the meat being repurposed for someone else’s plate. Now, this always happens and is especially noticeable when the meal is so good.

Now the main meal consisted of a couple of pieces of rolled loin of lamb, which had been brined, cold smoked and cooked. Steve had used a gun to cold smoke the lamb and the brine was his version of the fountain of youth, trying to turn back time and wethers into a baby lamb.  It was an admirable feat and worked a treat, other than the extra mastication required to consume the lamb.  It was topped with gremolata and a parsnip puree.  One of the standouts of the dish was Steve’s Caponata, which was a very complementary addition to the lamb. There was debate on our table as to whether there was any heat in the Caponata.  Turns out Steve did throw a few chillies into the mix.

Now this one had everyone stumped.  There were many who were determined and certain that it was an Australian goat’s cheese. Turns out the only goat in the room was them.

When James did his big reveal, it took most by surprise, not only due to the French nature (which a few determined, even getting the D’affinois correct, but everyone missed the animal which due to the tone of the meal should have been obvious Sheep’s milk!

It was of course one of the family favourites from BREBIS.

It comes in 1kg wheels, is around 6-8 weeks old and according to James, is an extremely well-priced cheese for the quality that is delivered.

The salad consisted of mixed lettuces (including baby spinach and rocket). The salad dressing contained orange juice, honey, olive oil and balsamic vinegar. Chilli walnuts were scattered throughout the salad.

Now there were a few members who did not like having a slightly sweet and sour salad.. they wanted it saved for future chicken dishes…they’ll possibly be waiting a long time!

Next week it is the imitable Peter Kelso in the kitchen who will set out to prove that the pan is mightier than the pen. Don’t miss it.  Currently, you cannot visit Japan, so Peter has decided to bring a Nippon flavour to the denizens of the Society.

Plate: The palate displays a depth of citrus fruit (lime) and floral/herbal characters and is clean and dry with some developed toasty/brioche characters with a dry minerally finish.

Nose:  blackcurrant and black olive, a hint of violet/liquorice, cedary tobacco and spice.

The Black Label Cab Sauvignon has a deserved reputation for producing amazingly consistent varietal and regional characteristics.  The wine is produced only from the top 20-25% of Wynns Coonawarra Cabernet fruit.

It was considered the best current drinking of the 2 cabernets on the day.

Palate: On the palate - full-bodied,  concentrated, rich, ripe and opulent dark plum/blackberry fruit – but lacks elegance at this stage as fruit too jammy and the firm tannins not fully integrated (there is some ‘heat’) and perhaps there is insufficient acidity to retain freshness.

In summary, the 2004 Torbreck was disappointing – although there is fruit intensity and complexity, it is a massive and somewhat chewy wine at this stage needing time to evolve assuming the acidity lasts that long (in contrast to the attractively drinking balanced 2002 Struie that we tasted last year).

Made from 100% Shiraz grapes organically grown, hand-picked with fermentation and (up to 32 days) maceration taking place in open cement tanks. The wine is aged for 12 months in both cement (50%) and old large (600Lt) oak barrels (with sulphur added).

[Note: the “Cuvee Georges Renaud” (as served at WFS) should not be confused with the “David Renaud Crozes”.  The Cuvee comes from the older Dom des Bruyeres vineyard – the entry-level Crozes is produced from younger vines and is completely unoaked].

Nose:  The nose displays scents of ripe dark raspberry and cherry, a touch of liquorice and subtle peppery spice. Florally (violets/lavender) edges and some smokey notes

The 2011 Crozes-Hermitage shows is a classy wine showing great balance and finesse – it is perhaps a good sign of where winemaking is going in the northern Rhone.

It was regarded as the superior of the two Shiraz on the day.