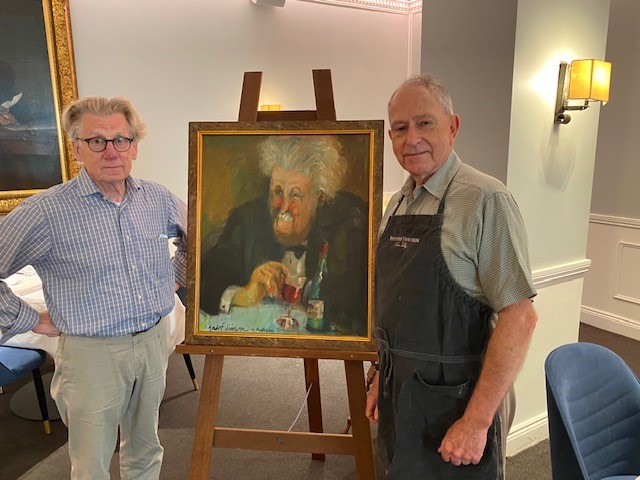 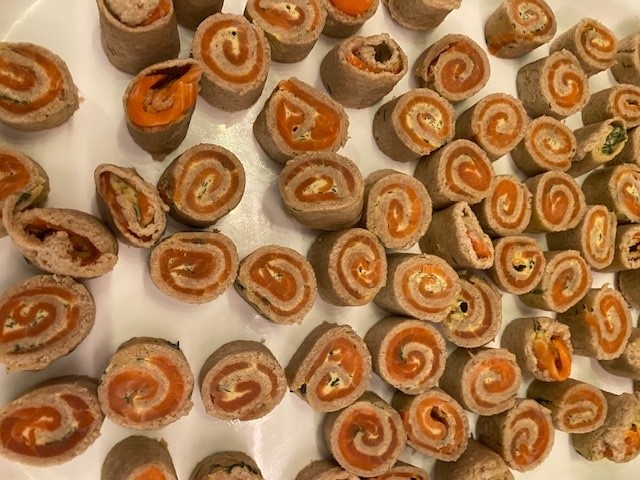 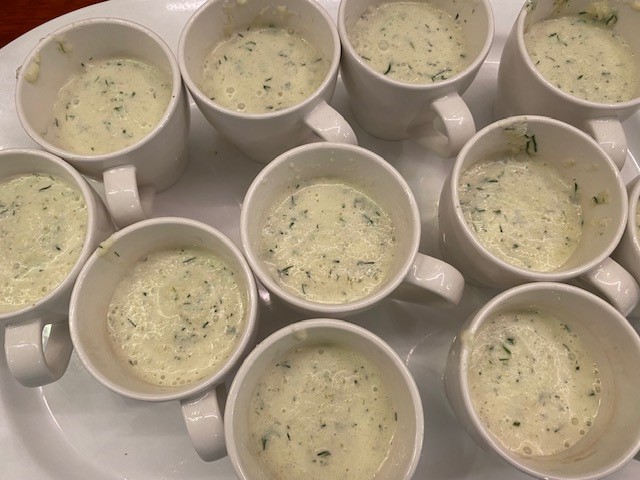 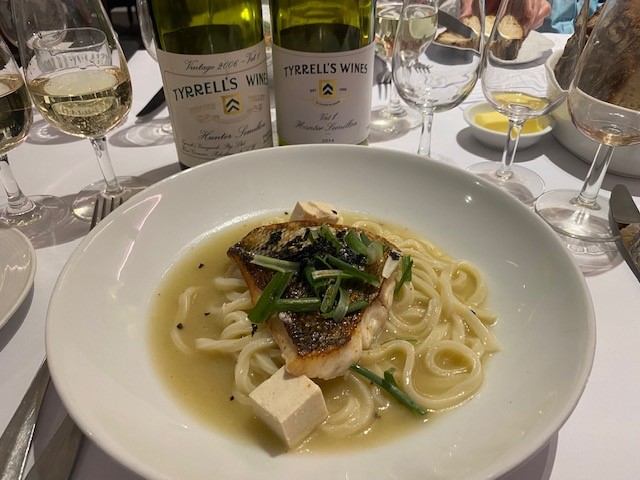 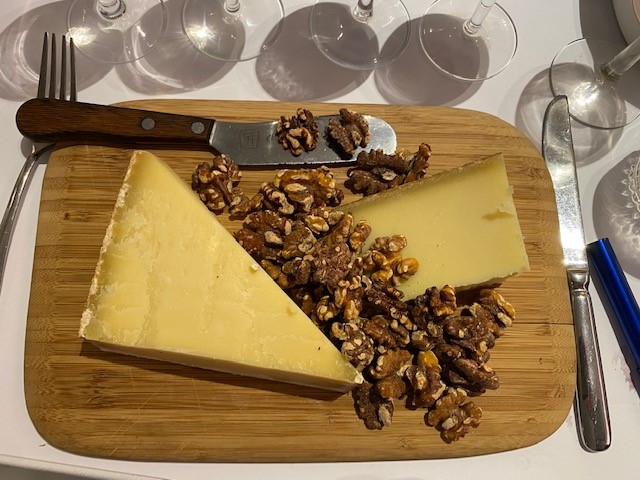 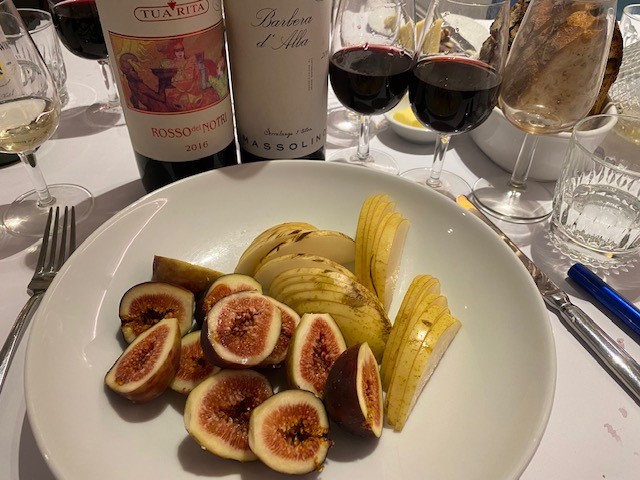 Peter Kelso was in the kitchen today with the first cook-off for our “Chef of the Year” challenge. While numbers were down the quality wasn’t and it was a memorable meal that showed Peter’s ability to produce a lunch that was complex and difficult in execution.

We started with pinwheels of smoked ocean trout with dill mustard sauce and a dash of cayenne in a roll of compressed light rye bread.

Next served was cucumber and cream soup served cold. Perfect considering the temperature on this hot summer day.

Paul Ferman assisted in the preparation.

The main came beautifully presented. A Japanese-based meal, sea bream (morwong) which had been glazed with mirin, sake and sugar reduction. It had been briefly seared then oven rested and was served with Japanese dashi and miso broth topped with some shredded spring onion, a sprinkling of crushed toasted nori and a light dusting of togarashi (a Japanese hot pepper mix). Udon noodles were added to the brew before serving. It presented well, was very flavourful and the fish was moist and perfectly cooked.

A great meal and it received very positive comments from members on the day.

The cheese presented by Gary Linnane selected by James Healey was a Society favourite, an aged Beaufort, a cows milk cheese from the province of Savoie in the French Alps.

Served with the cheese today we had toasted walnuts, fresh figs and Nashi pears.