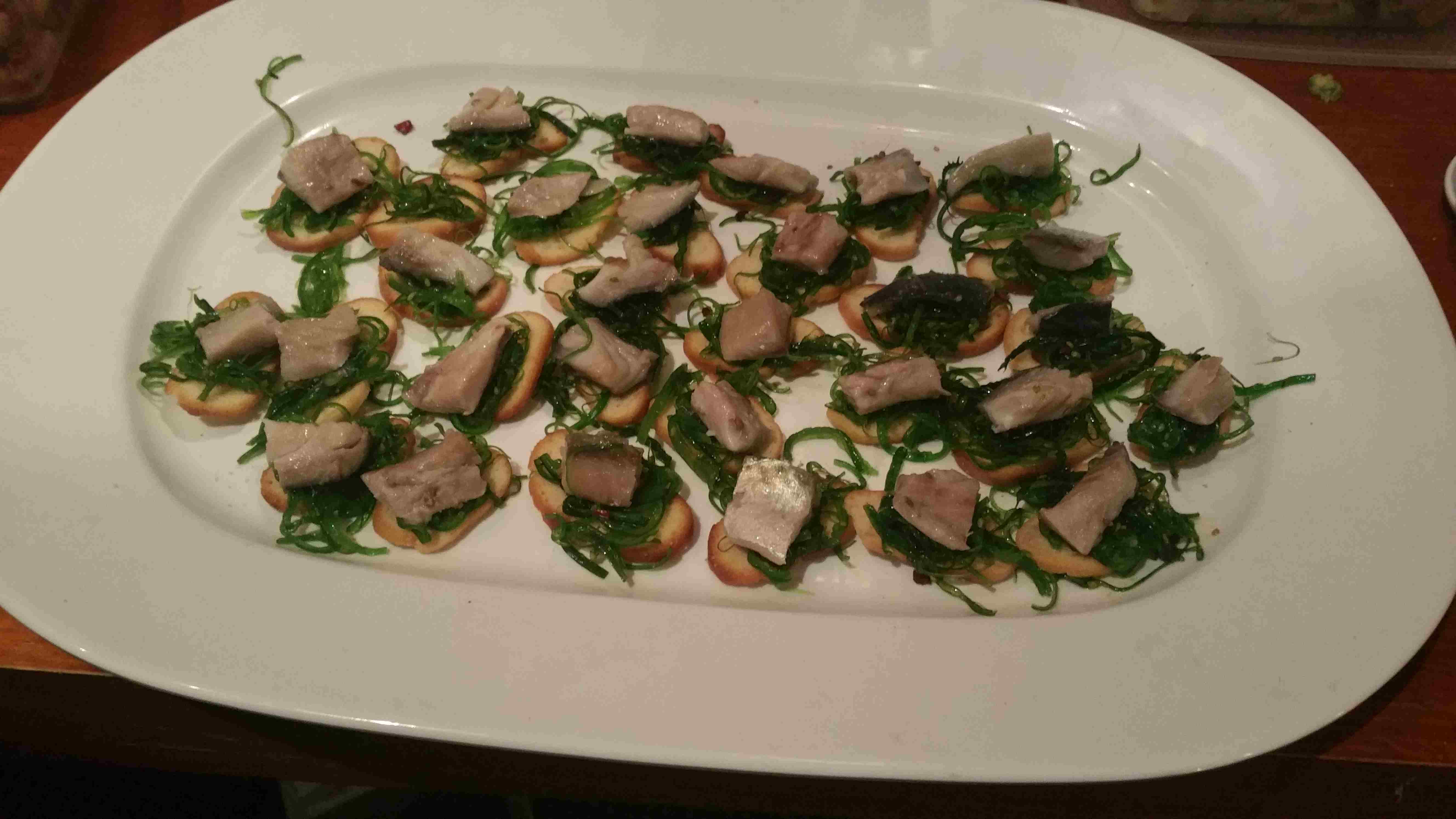 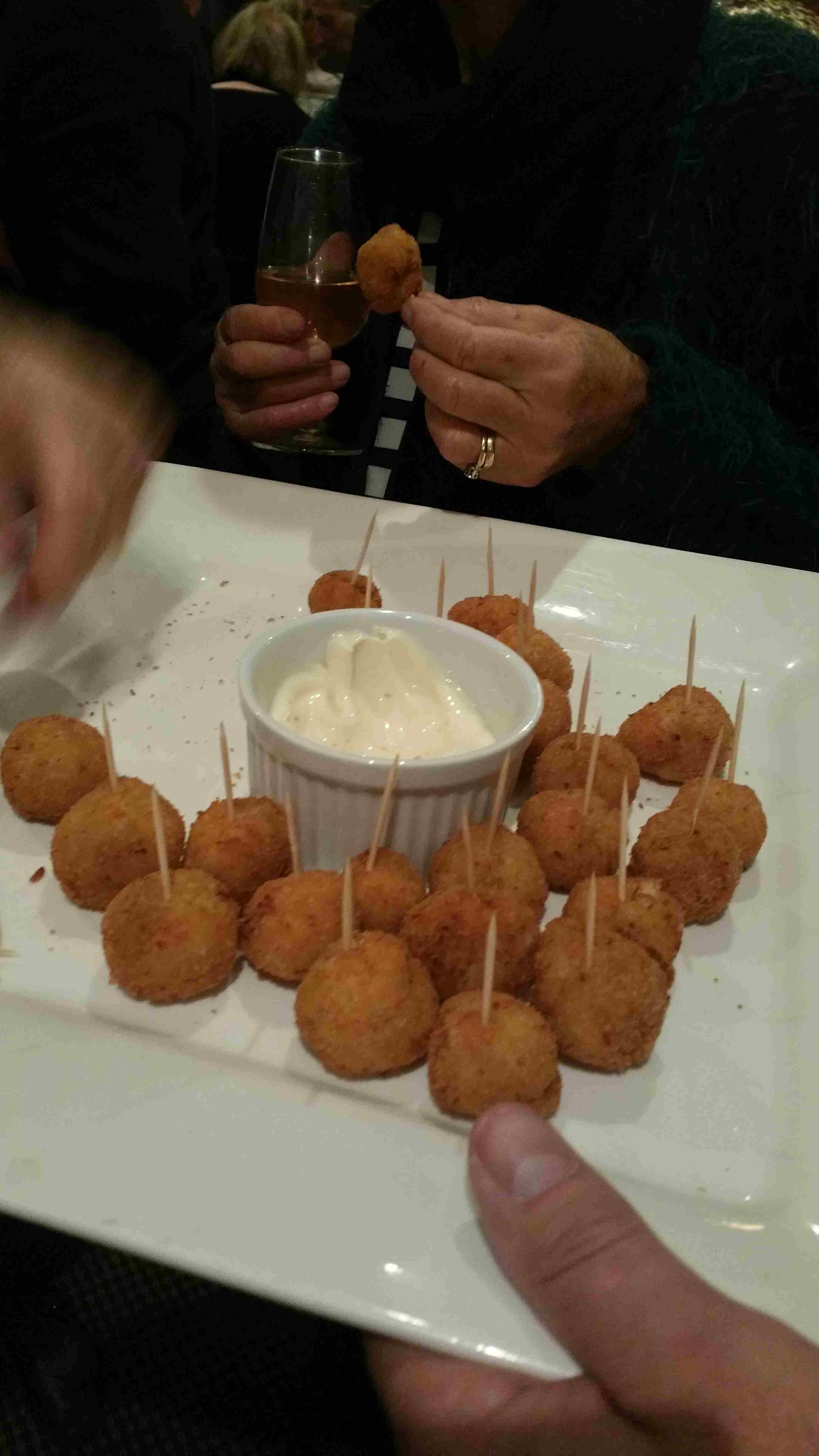 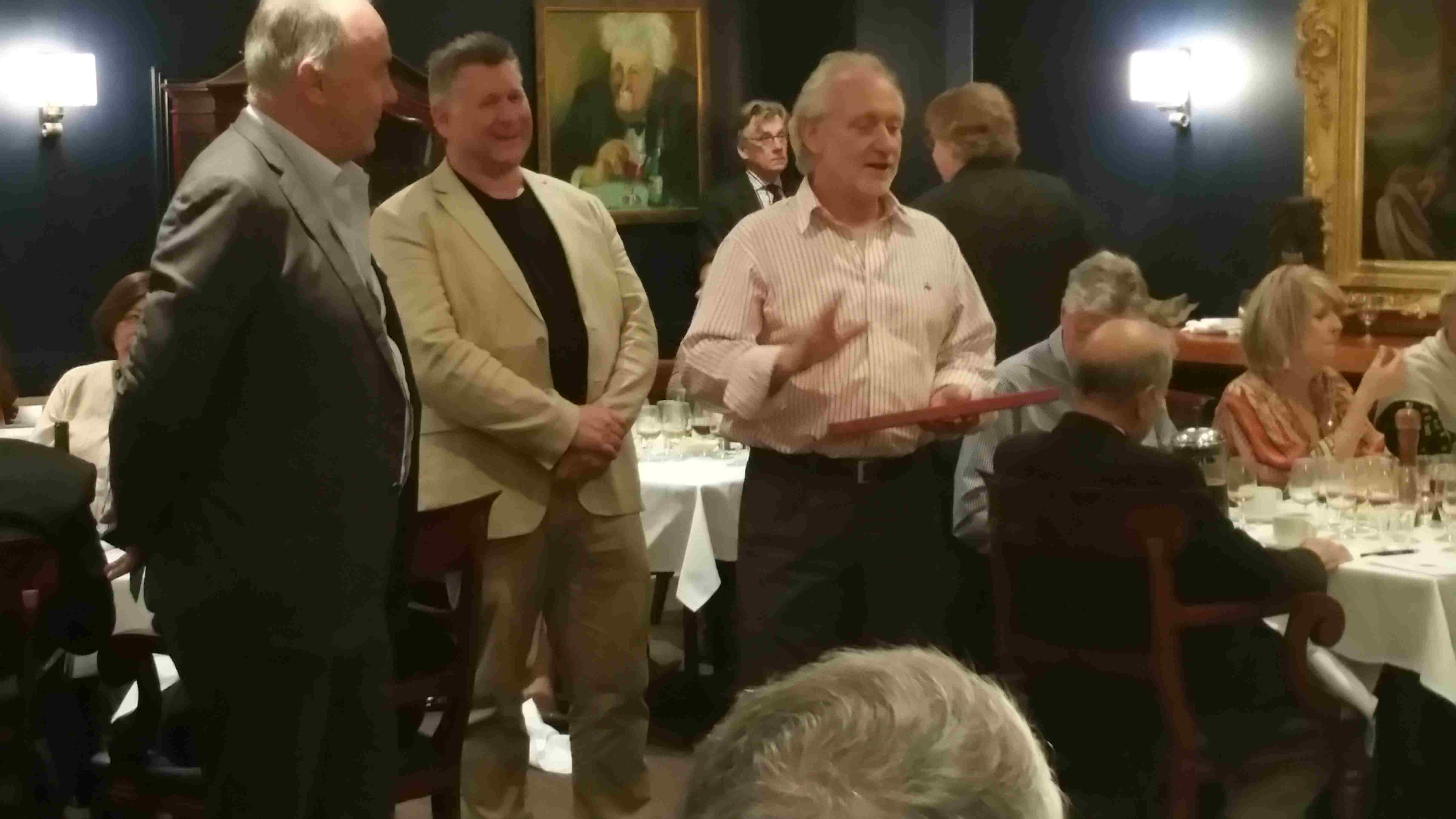 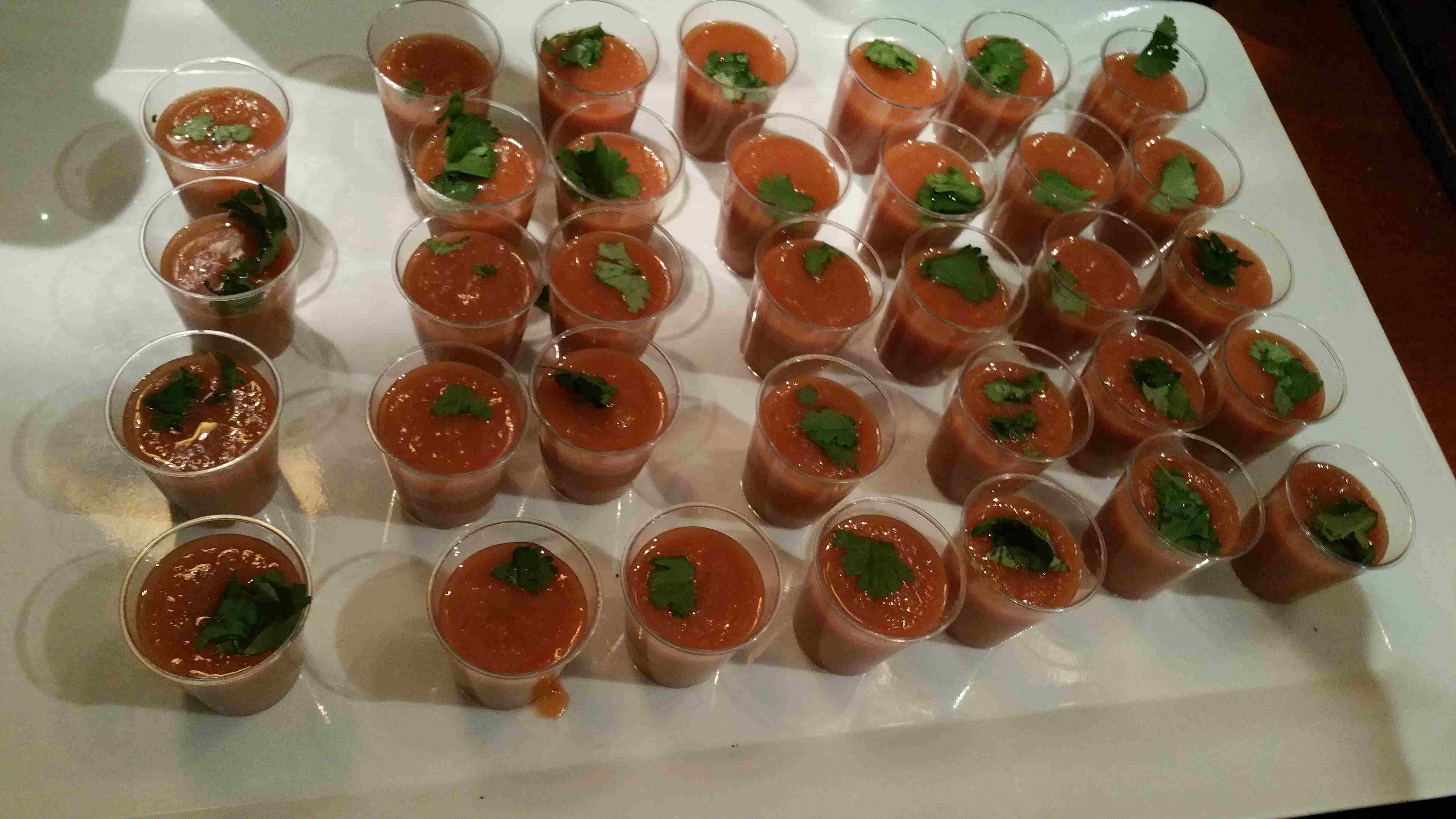 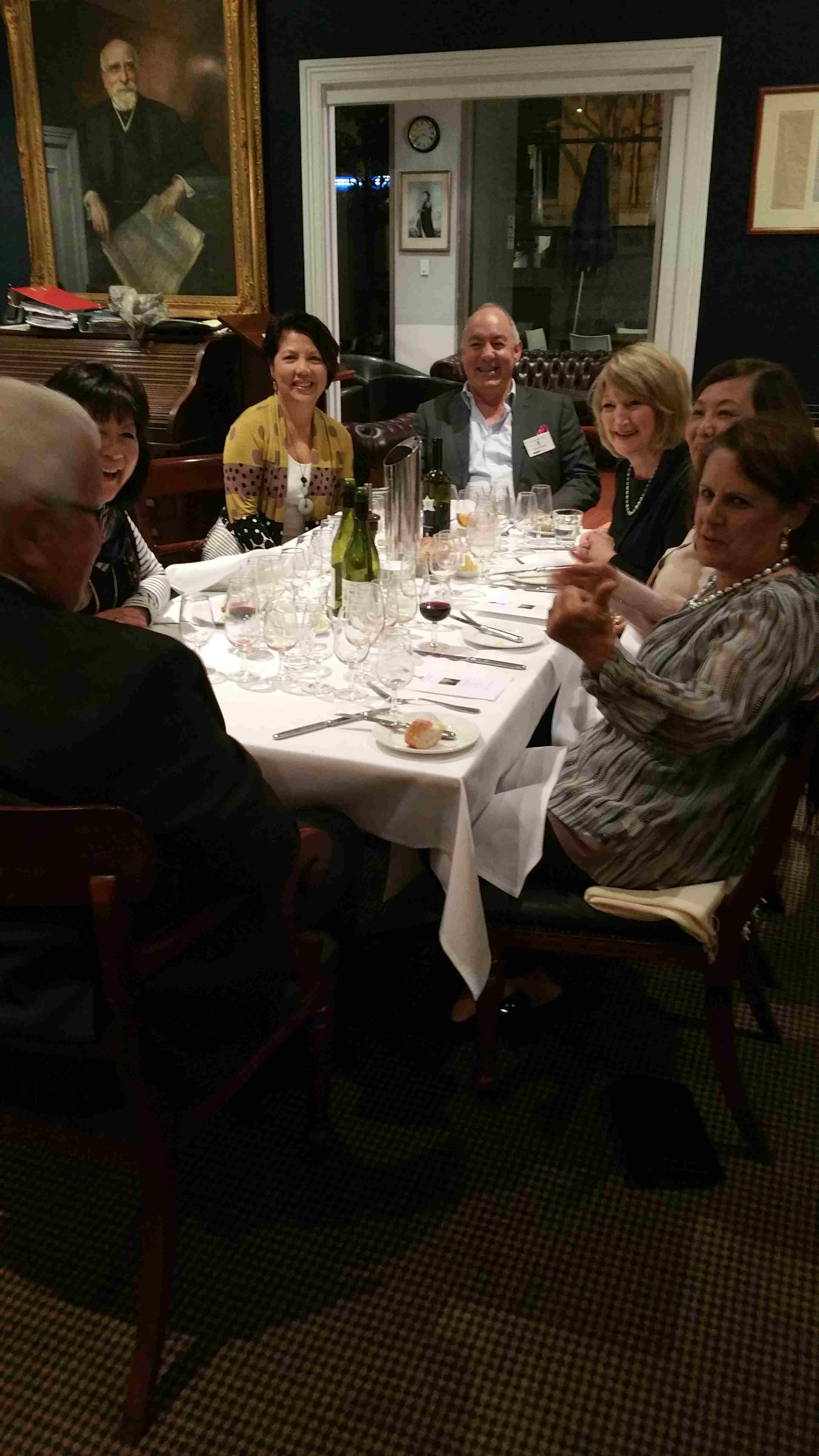 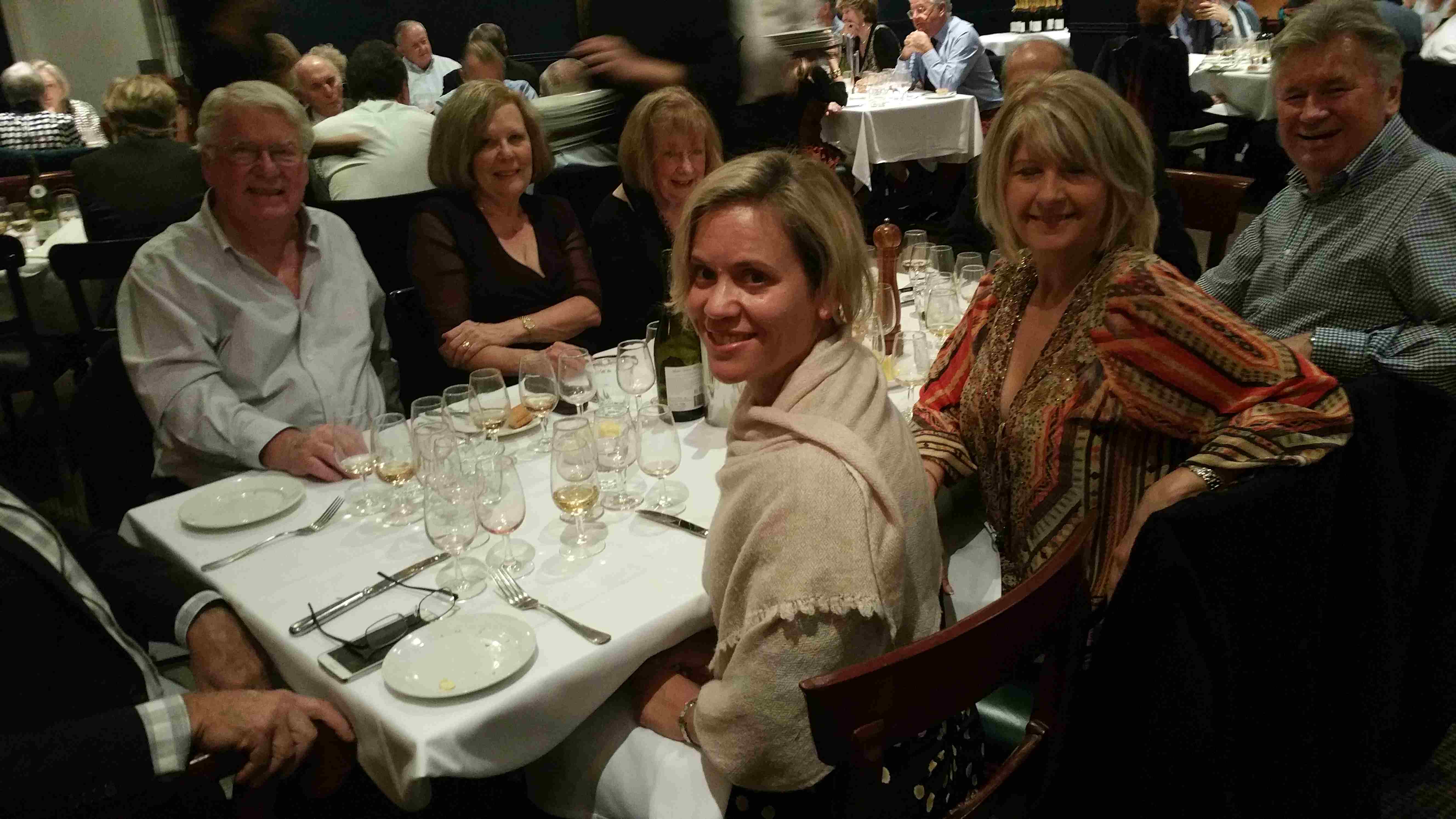 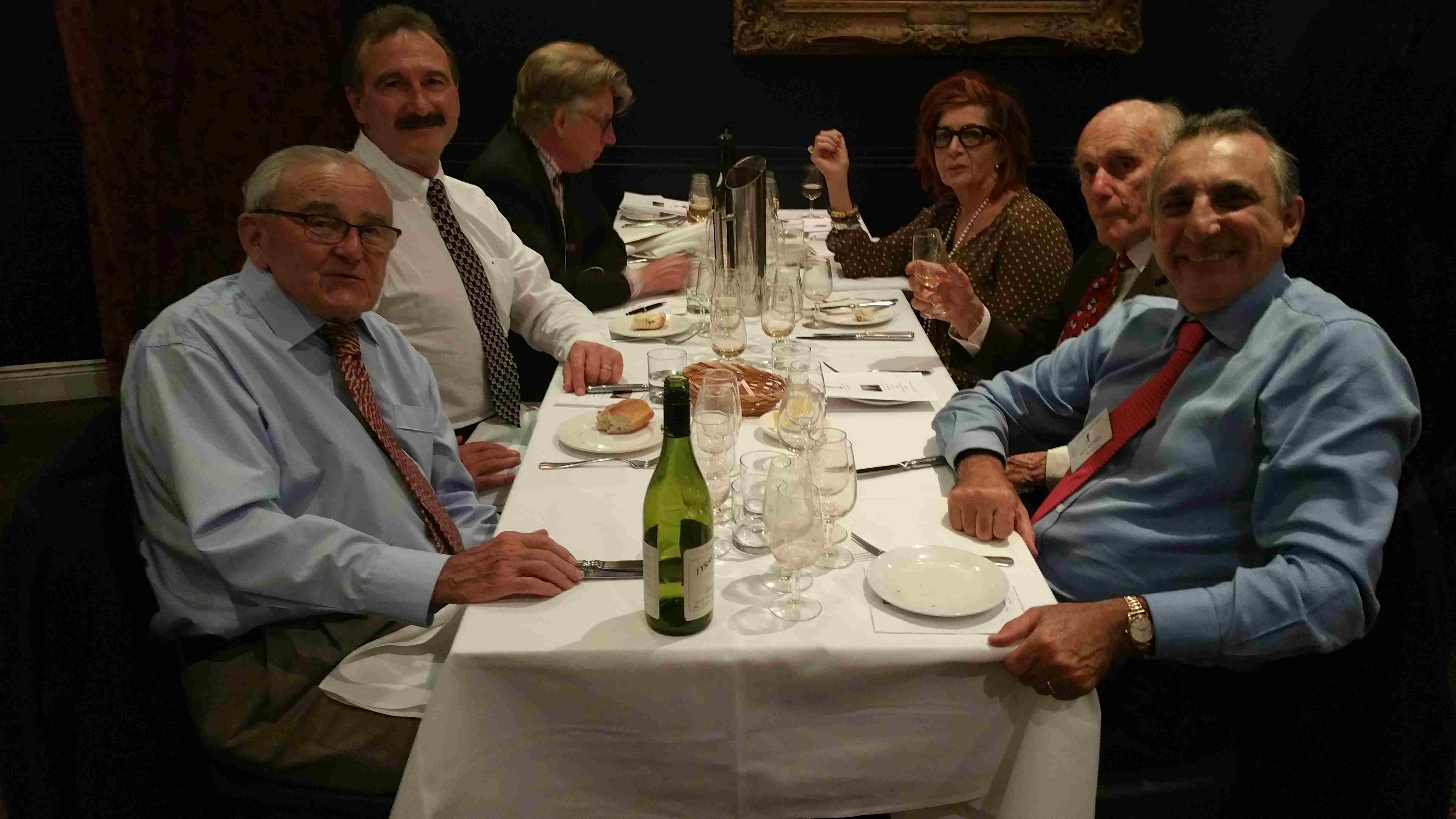 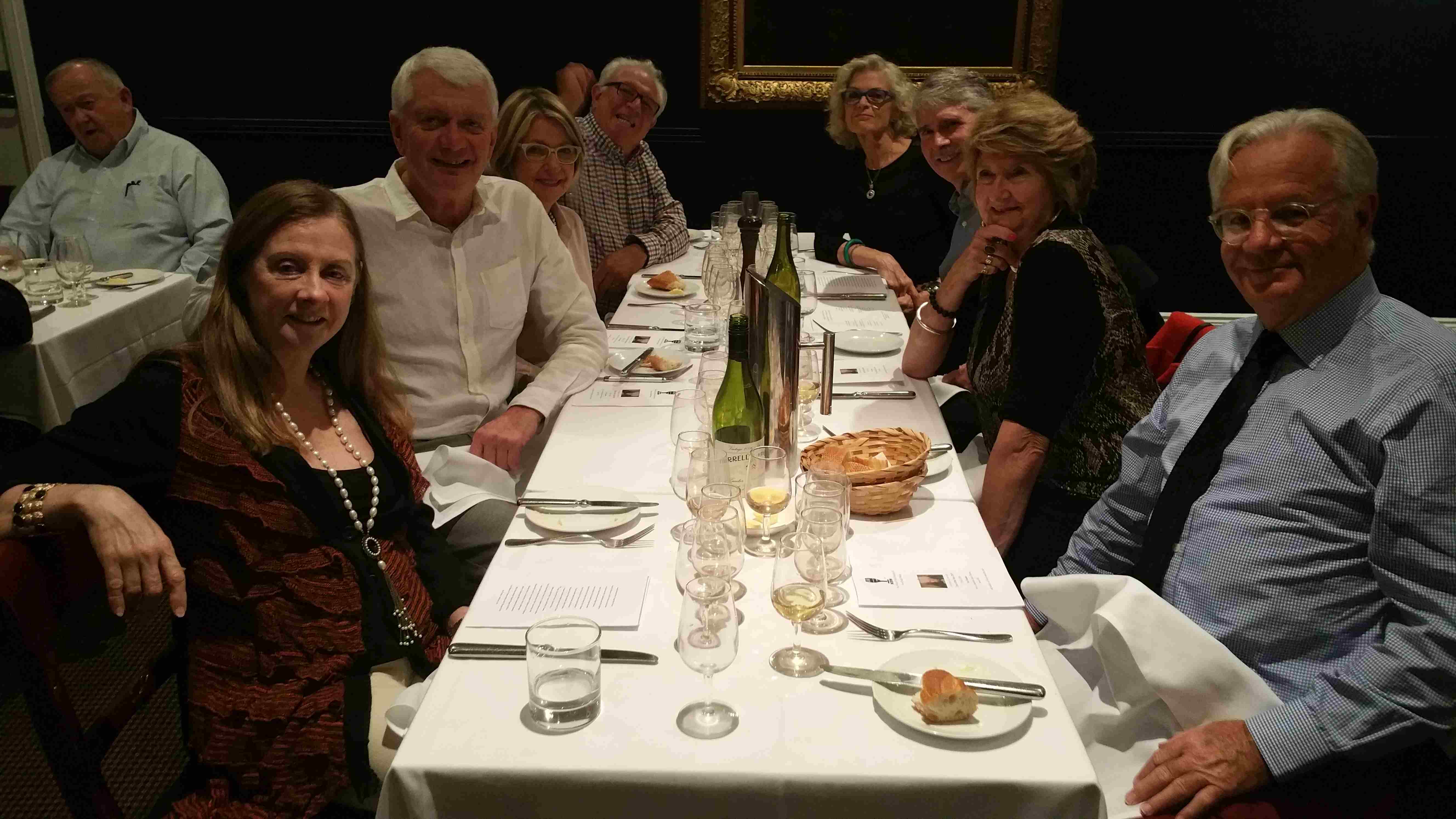 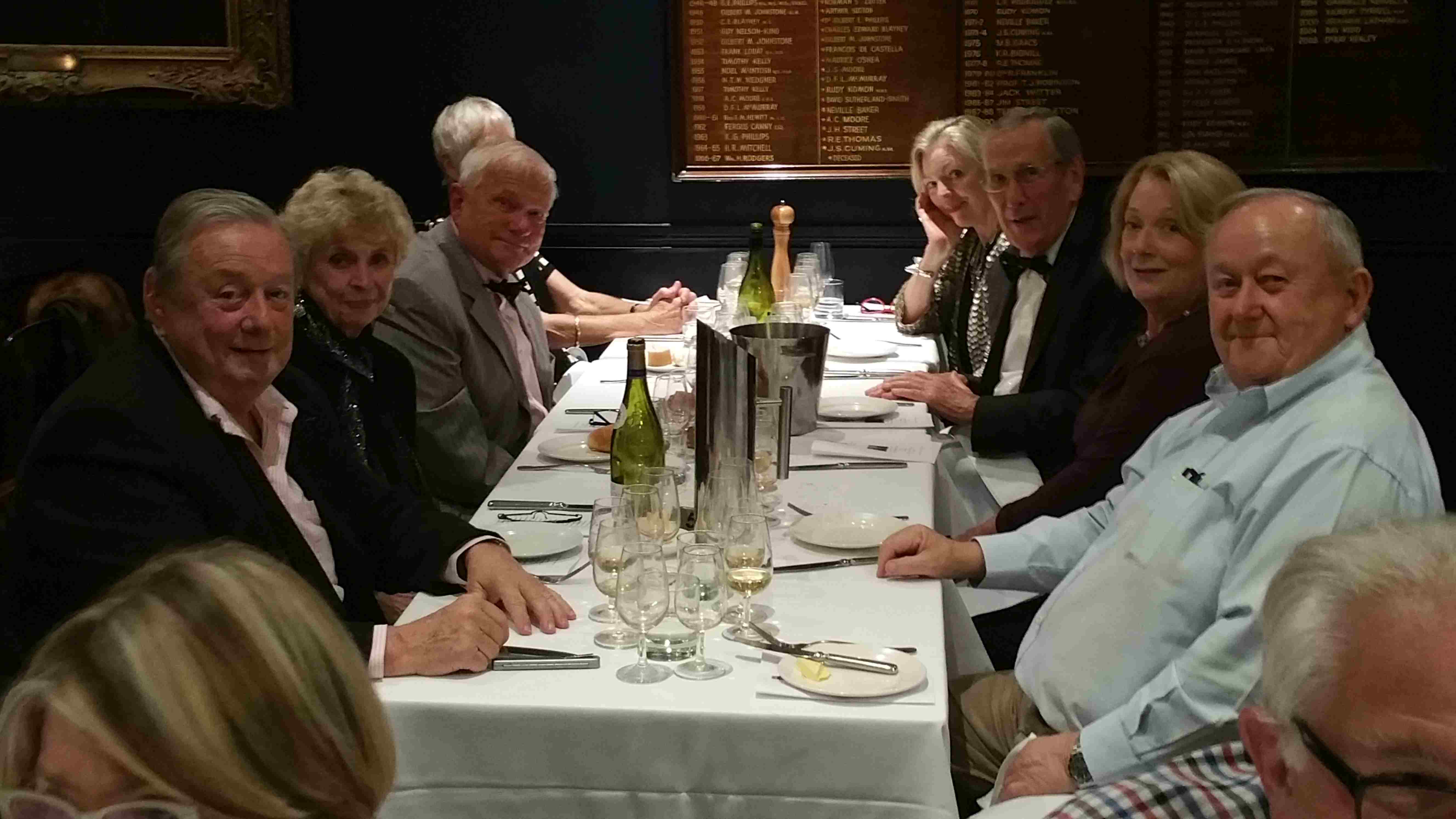 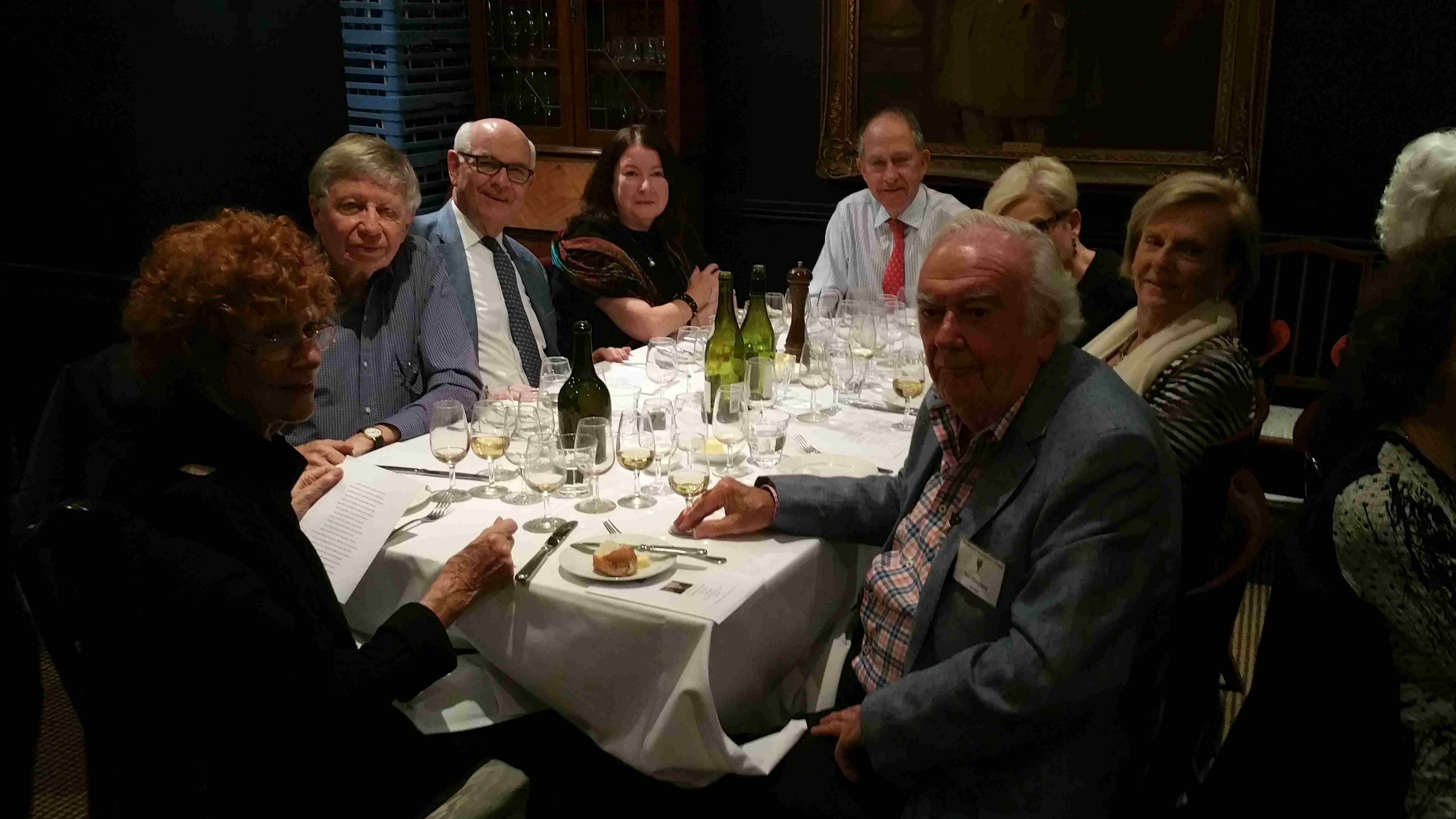 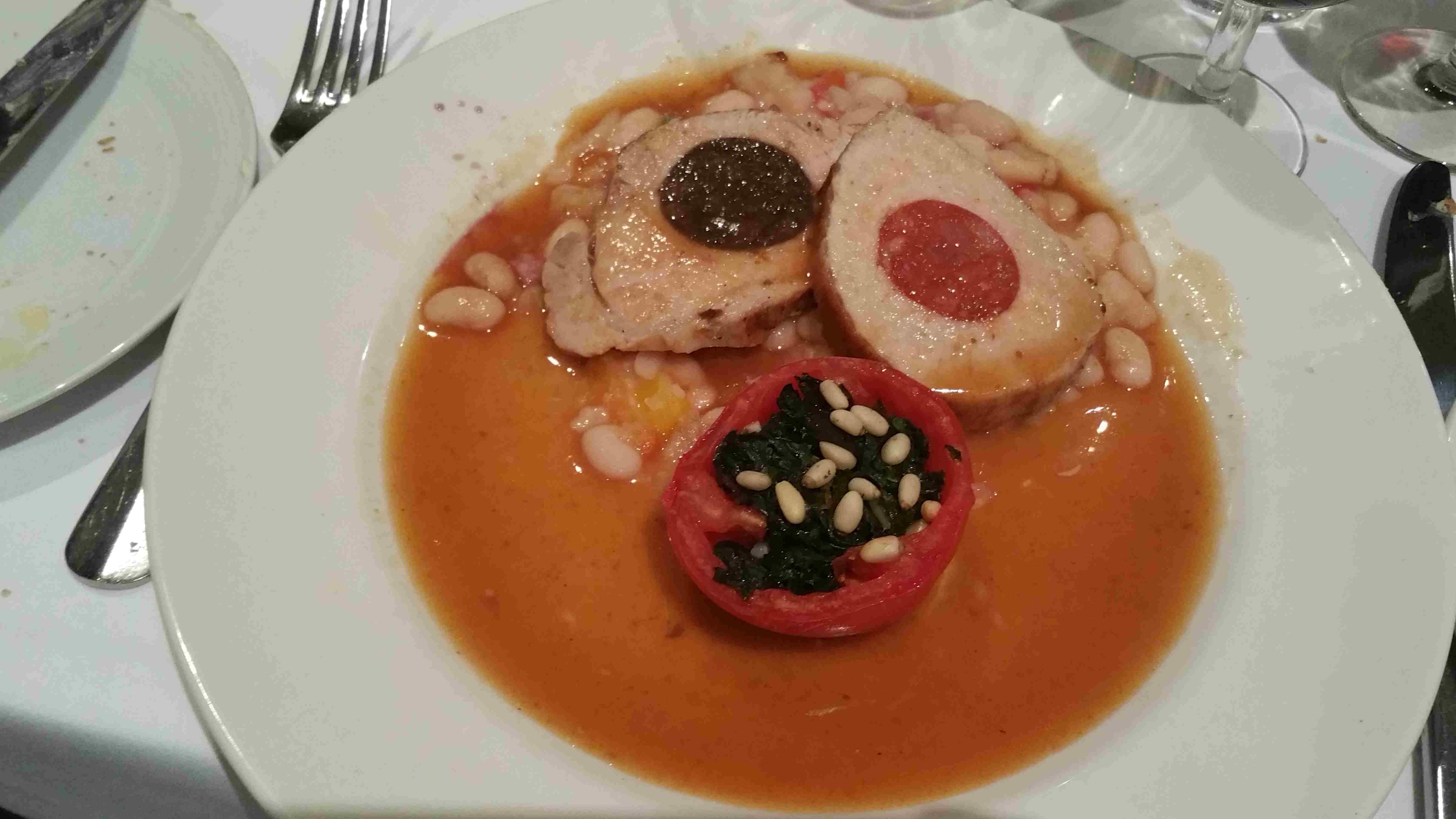 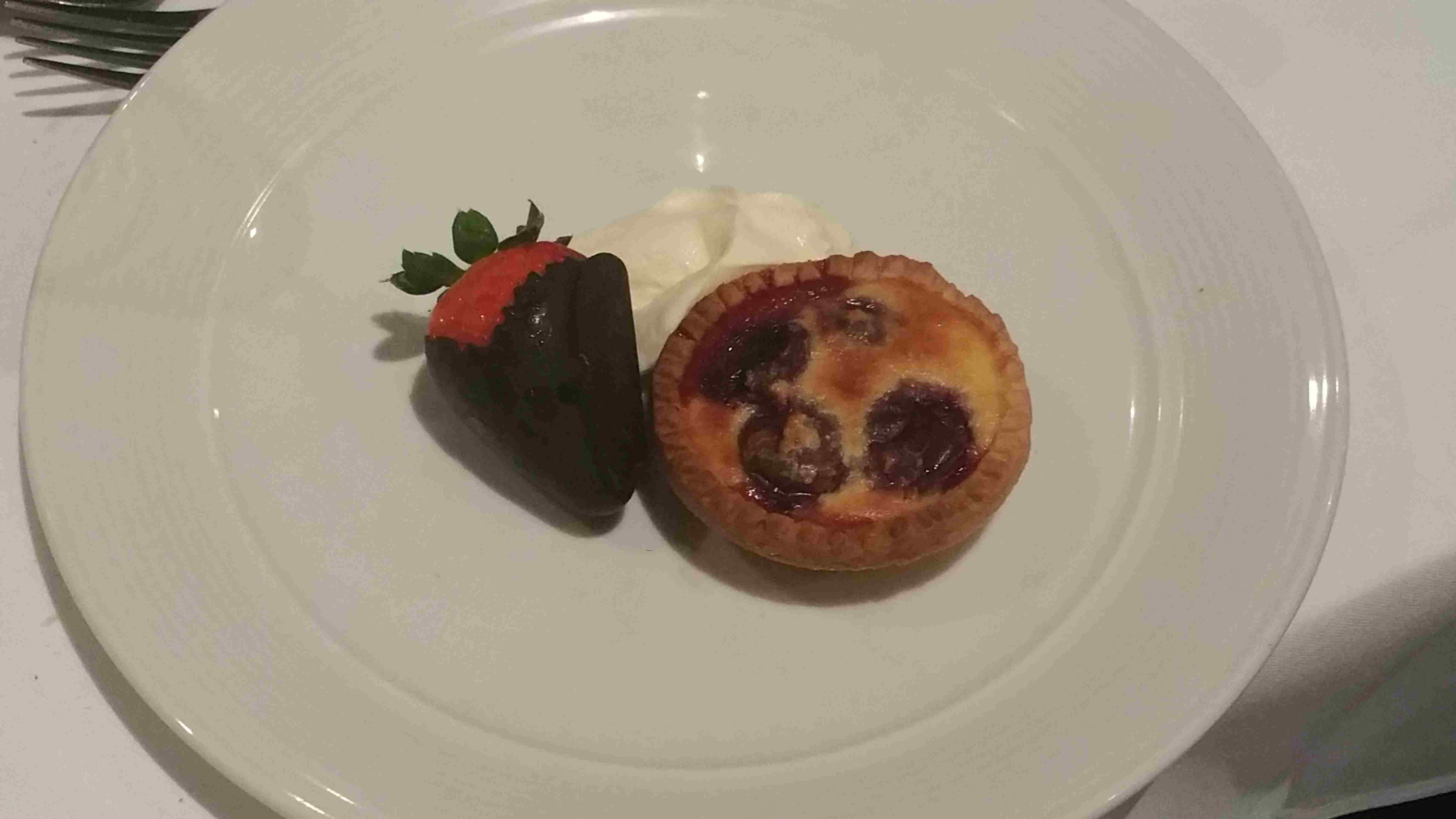 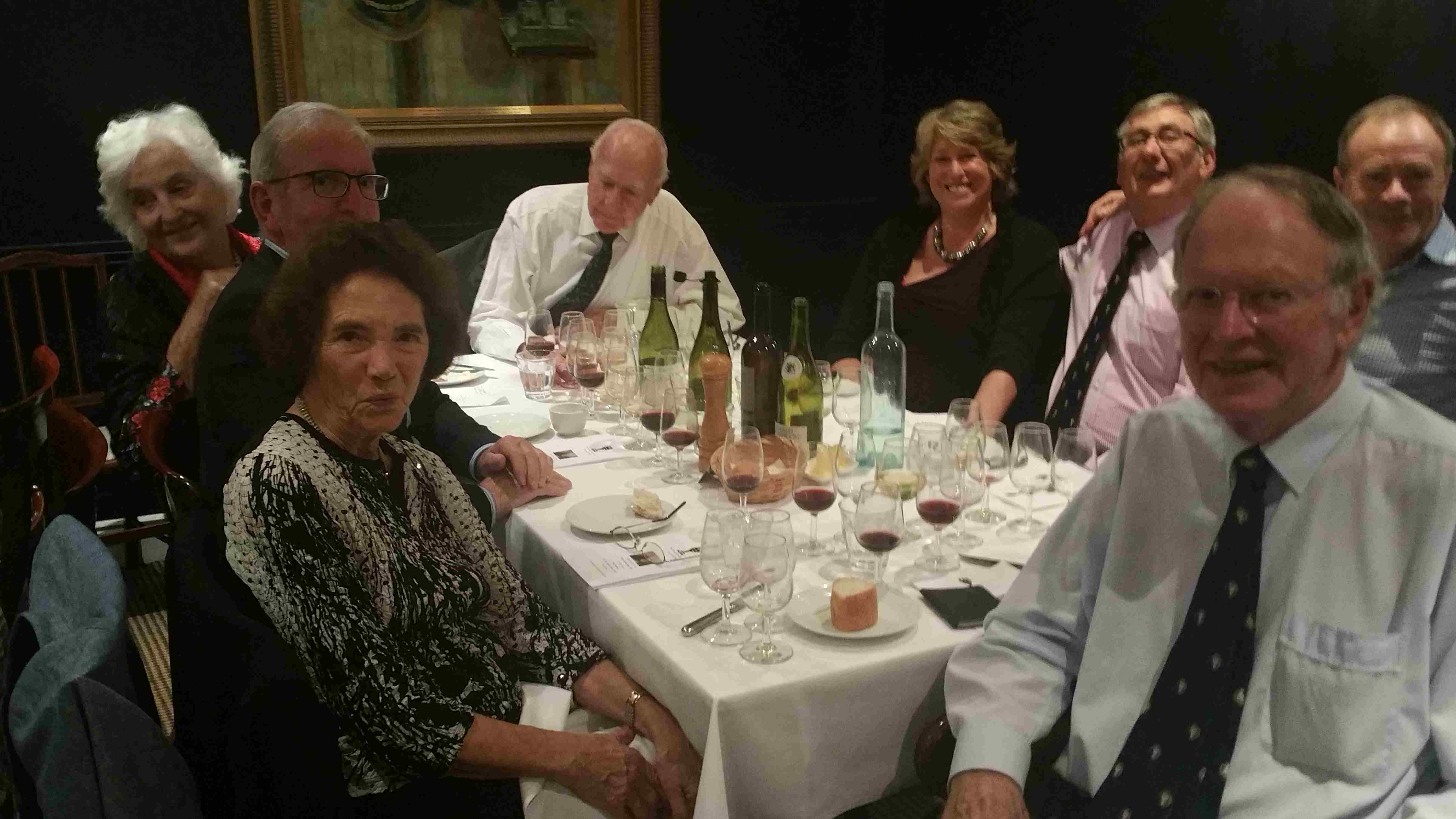 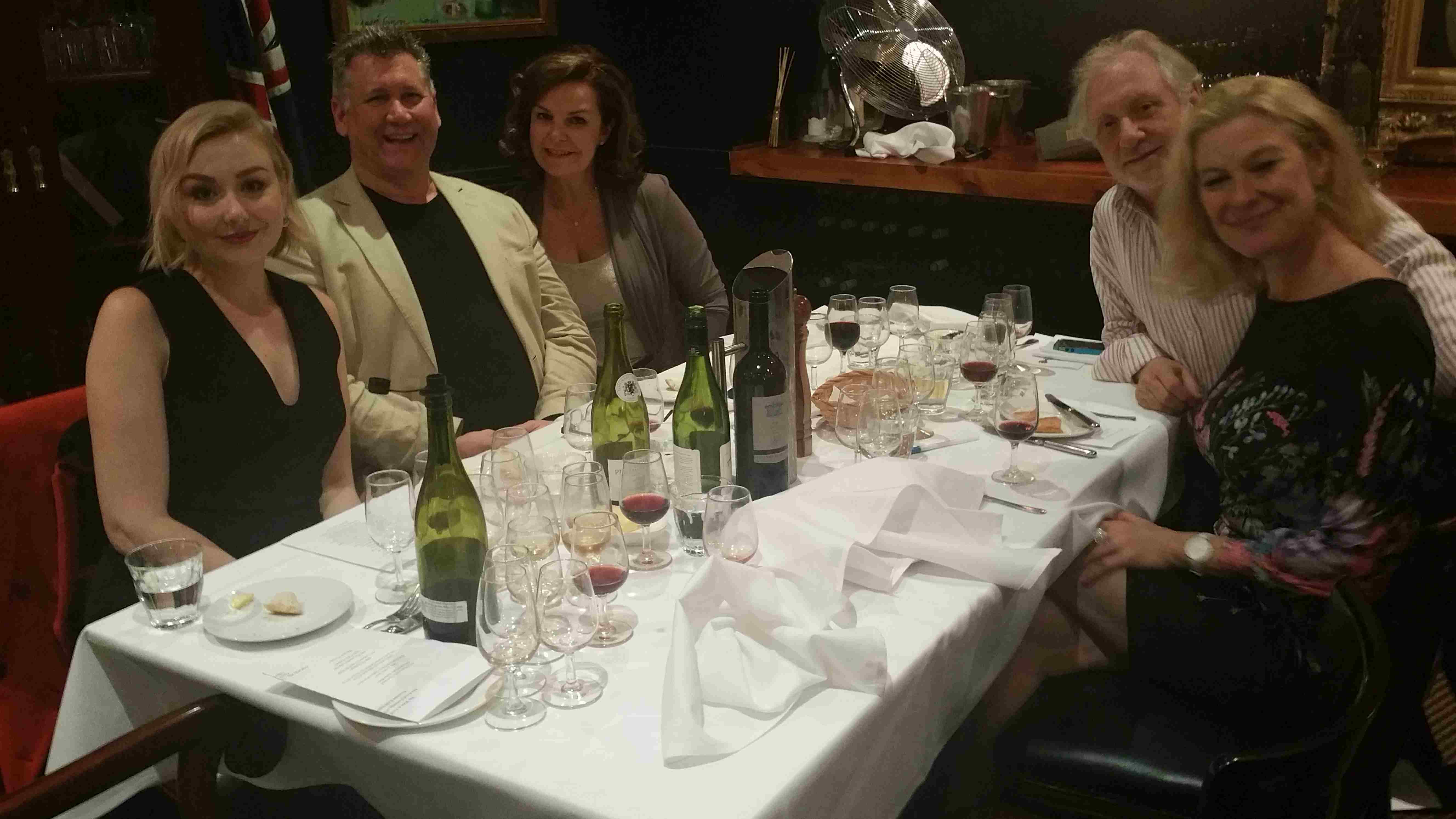 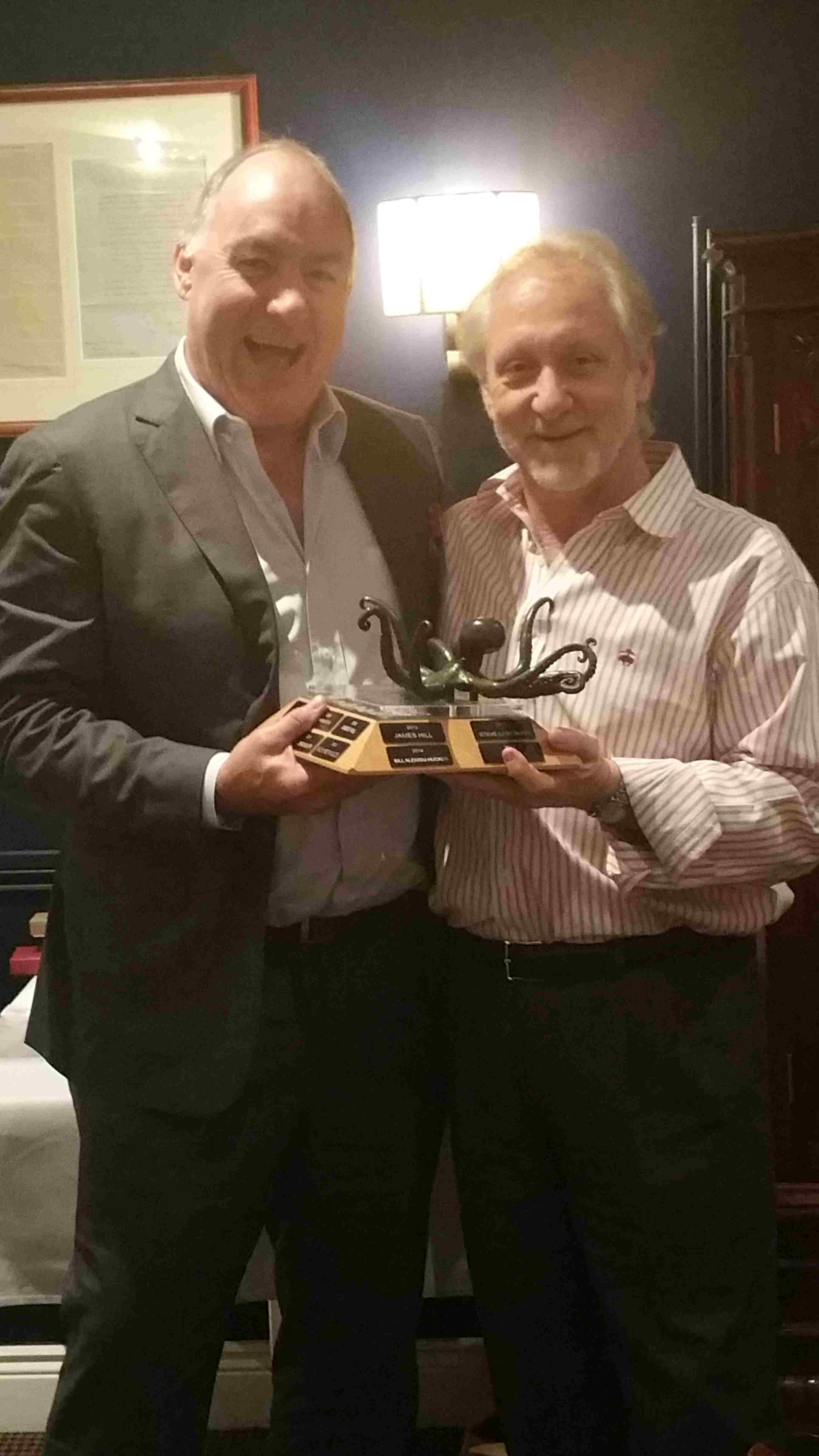 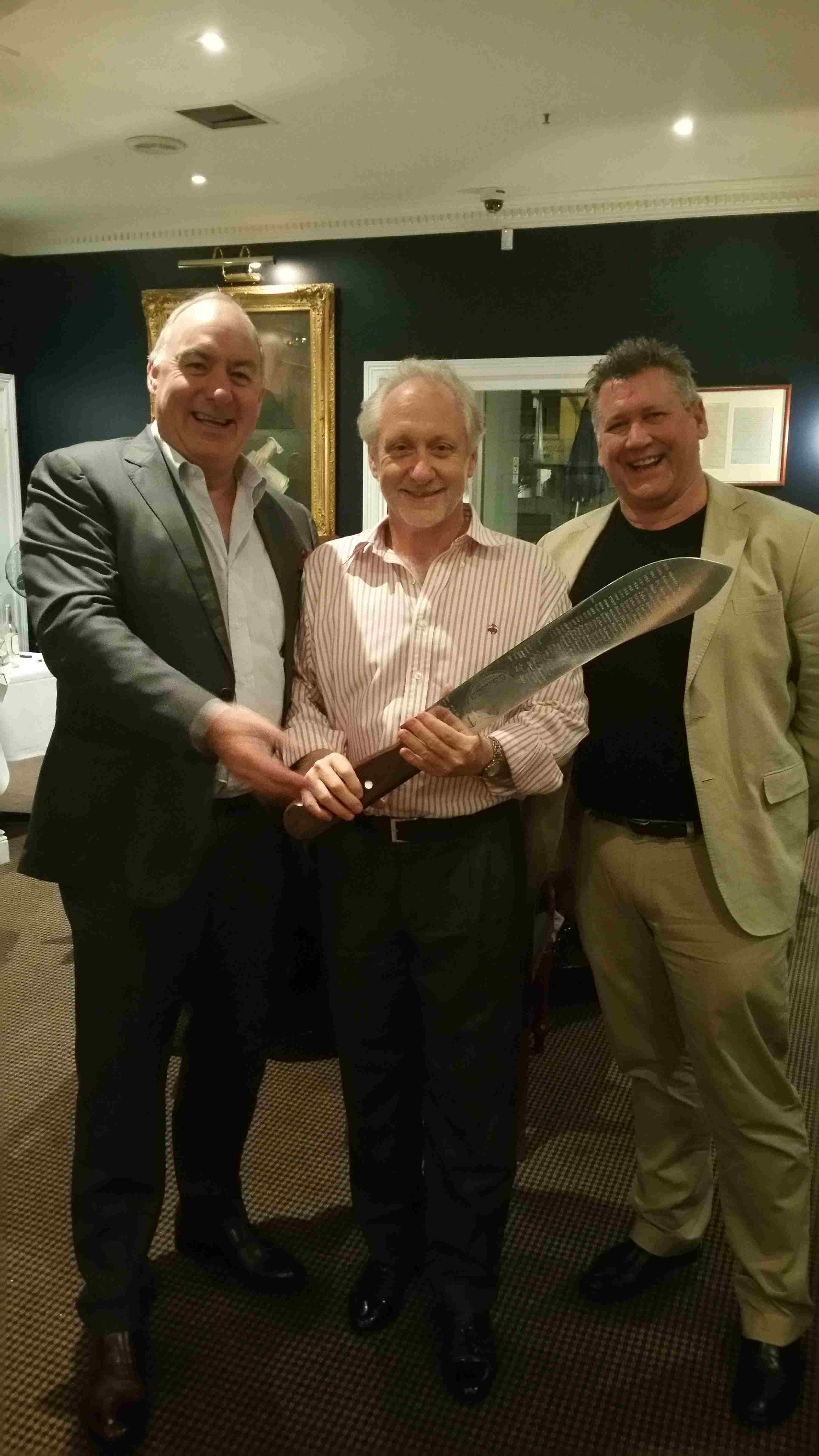 The Society’s annual Chef of the Year dinner had an auspicious start with a full REX dining room of 64 members and guests and a beautiful evening. Our chefs for the evening were the well known duo of Gareth Evans and Ted Davis presenting a Spanish inspired menu. They were assisted in the canapé department by Peter Squires and Bill Alexoiu-Hucker.

Our President, Keith Steele, after opening the dinner handed over to our Food Master Nick Reynolds to run the proceedings.

The Awards. Congratulations tothe 2015 winners presented on the night.

Congratulations to all especially Steve to win the double gongs. Quite an achievement.

Also congratulations to all the numerous Chefs the Day in 2015 for taking the often nervous decision to cook us all a meal and await peer reception.

Canapés (or should we say tapas). We started with a range of canapés presented on four plate settings including:

$1·         Taramasalata and humus with a range of toppings including octopus and dried meat.

The canapés were a real treat and much enjoyed with Aubert NV Champagne and Gonzales Byass Amontillado providing a great contrast. Later some members expressed their liking for the Champagne.

Entrée. We were treated to sautéed scallops with sauce romesco with sweet mustard, dill sauce and sea spray. The latter was new to some and it was explained as a coastal fern-like saltwater plant (Suaeda Australis if you must know). The scallops were just cooked with a slight char on the surface but wonderfully soft and succulent. Much liked.

With the entrée we imbibed:

The Tyrrells was the better wine with the dish as it had a lovely tight oak mouthfeel and had the better of the somewhat fading 2008 Chablis.

Main course. Gareth and Ted gave us a beautifully presented chorizo and black pudding stuffed pork loin with membrillo sauce, white beans and an alicante stuffed tomato topped with pine nuts. The flavours were integrated and the dish was a visual delight. There was much conjuncture as to how the black pud and chorizo were inserted into the centre of the pork. Some suggestions cannot be repeated.

The accompanying wines were:

Two very good wines but the Priorat (favourite of many) had the depth and power to better match the dish if not somewhat overpower the 20 year old Burgundy premier cru. The latter was an elegant wine at the end of its drinking window.

Fromage. James Healey selected a semi hard Queso Iberico in theme from Spain. A mixture of cow, goat and sheep it had a full bodied and creamy flavour very much like a Manchego for which it is often mistaken.

Our busy Wine Master, Paul Ferman, served a wonderful foil to the cheese with:

This was an interesting pairing. The 2000 vintage in Bordeaux was excellent. Lanessan is now just a Haut-Médoc appellation but previously held a rating of Cru Bourgeois Supérieur, until this specific classification was removed. It did not open up as hoped but may need more time yet. The Limestone 1993 was judged by many as their top wine of the night. It was in wonderful form with (still) sweet fruit and a mature tannins to match. Almost nil bottle variation.

Dessert. Our chefs served a luscious Basque cherry tart with a teasing chocolate dipped strawberry as an accompaniment. Beautiful.

Two beautiful wines matched this with a Chateau Lamonthe Sauternes 1996 and a Lustau Pedro Ximinez or PX in wine slang. Both were wonderful and luscious in their own very different and special ways.

Coffee and spirits. Coffee, not disclosed, followed with a white spirit, Mavrakis Tsinoupo. Possibly Russian, definitely high alcohol in the vodka style and definitely led to two camps of love and hate.

An evening much enjoyed.